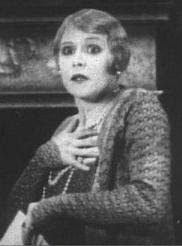 I looked at one of the sites mentioned in the HuffPo article that Jason Rosenhouse pointed to and I couldn't help commenting. It is a blog post, entitled "The Louie Giglio Moment: Are Evangelicals (and about 4 of 10 American Adults) No Longer Welcome in the Public Square?" by Ed Stetzer of LifeWay Research, the folks that released the poll that showed that only 37% of American adults agreed that homosexuality is a sin.

Some are wondering if those who hold to traditional evangelical beliefs on homosexuality are no longer welcome in the public square.

Hell (you should pardon the expression) yes! ... you're welcome to the "public square"! The ACLU and most, if not all, secularists will vigorously defend your right to say whatever you want to say out loud in public. But that doesn't mean you get a free pass. Other people are just as free to voice their opposition to your views and to choose not to associate with them ... or, for that matter, with you. Along with the ACLU, I'll protect the right of access of the KKK or neo-Nazis to the "public square" but that doesn't mean I have to invite them ... or you ... to my house (much less my Inauguration).

In a recent LifeWay Research study, 37% of American adults agreed that homosexuality is a sin. That number is declining (down from 44% according to a 2011 survey), but it is still a substantial minority. Yet, such views (which were mainstream just a few decades ago) are indeed now a minority position--and viewed as unacceptable by many ...

Aww, poor bubbie! You would label LGBT people as "sinners" and deny them their rights just because that was the "mainstream" view "just a few decades ago" ... but, now that it isn't any longer, it is suddenly you who we are supposed to feel sorry for? What was that about 'sowing the wind'?

So, what does this mean for Catholics, Mormons, Muslims, Orthodox Jews, and so many more who believe that their authoritative religious texts teach something the prevailing culture finds so unacceptable that they are no longer welcome within the mainstream context, even if they are (as Louie Giglio is known for) working to eradicate slavery? To some, they are no longer welcome because of disagreement over a single, yet specific, point of their sincerely held religious beliefs.

Uh ... yup! Slavers and segregationists and anti-miscegenationists all had "sincerely held religious beliefs" in the "righteousness" of what they said and did. It didn't make it right then and it certainly doesn't make them "welcome" in the 21st Century.

Not that we should forget Giglio's good works ... but there is no rule that we have to forget the evil that men do that, unfortunately, lives long after them. If Giglio doesn't want the good interred with his bones then he, and the rest of the Evangelicals, have to understand that it is time to embrace the civil rights of all Americans.

Are people of faith no longer welcome as they continue to hold the beliefs they have held since their foundation? Must they jettison their sacred texts and adopt new views to be accepted as part of society? If they do not, will they be marginalized and demonized even as they serve the poor, care for the orphan, or speak against injustice?

LGBT people have long been unwelcome in Stetzer's version of society; they have been marginalized and demonized, even as they continued to be loving spouses and parents, to serve the poor and the sick, to care for orphans and, most especially, to speak out against the injustice they have long endured.

When you, Ed, can understand that you don't have to approve of other people's "lifestyle," religion, skin color, sexual orientation or whatever sports team they happen to root for in order to grant them the same rights you enjoy, then, maybe, we can talk about whether you are fit for the company of civilized people.
John Pieret at 3:16 AM
Share