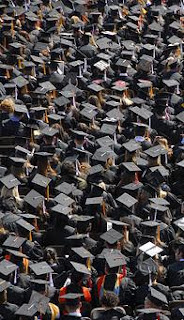 Just out of curiosity, I keep asking what "evidence against evolution" or "alternative theories" are the creationists in Florida asking to be taught to the state's children. The answers are less than forthcoming. Well, if there was any doubt about the nature of the "evidence" they are talking about, this article in the Florida Baptist Witness should dispel it. It has three quote mines, two from Stephen Jay Gould and one from Sir Carl Popper:

Dr. Karl Popper, the world's leading philosopher in science states, "Darwinism is not a testable scientific theory, but a metaphysical research program."

Then it trots out this tired chestnut:

Sir Fred Hoyle said, "The chance that higher life forms might have emerged through the evolutionary process is comparable with the chance that a tornado sweeping through a junk yard might assemble a Boeing 747 from the material therein."

Sir Fred was a great astronomer/cosmologist but his understanding of evolution was less than stellar.

A quotation from "Professor" Phillip Johnson is given (without mention that he is a lawyer, not a biologist) about how the question is not "whether the vast claims of Darwinian evolution conflict with Genesis but whether they conflict with the evidence of biology." Given the article's contention that Intelligent Design brings "difficult questions about Darwin's theory to the fore," it is telling that it ignores what Johnson himself had to say about ID's scientific qualifications:

I also don't think that there is really a theory of intelligent design at the present time to propose as a comparable alternative to the Darwinian theory, which is, whatever errors it might contain, a fully worked out scheme. There is no intelligent design theory that's comparable. Working out a positive theory is the job of the scientific people that we have affiliated with the movement. Some of them are quite convinced that it's doable, but that's for them to prove ... No product is ready for competition in the educational world.

For once Johnson was correct about science and education. Whatever "difficult questions" ID may pose, they are not scientific and have no place in science education. Instead, they belong, if at all, in civics or comparative religion classes.

The rest is the familiar hubbub of misdirection and non sequiturs. The dead body of the Discovery Institute's list of 700 "dissenters" from Darwin is dragged out for another turn around the square in its reliquary. The Anthropic Cosmological Principal is given a whirl without the least attempt to show how evolution relates to the origins of the universe. And, finally, an argumentum ad populum is presented in the form of a Zogby poll that claims that 71 percent of the public favors allowing teachers to acknowledge the scientific controversy over the origins of life, itself an issue that, strictly speaking, has nothing to do with evolution, the study of how life has developed since the first simple form of life arose, by whatever means.

But worst of all, this compendium of blather comes from Robin Brown, a recently retired teacher from Polk County who taught for 31 years with the last 15 years being middle school science.

It's enough to bring the validity of the diplomas of a generation of Polk County students into doubt.
.

Comments:
John I don't understand how even though I enjoy your blog, it causes me so much pain.

Personally, I find it lessens the pain. I get to rail against the booboisie instead of pounding my head against the wall ... well, most of the time.

Popper, Hoyle & Gould all did great work, but, seeing as they're all dead, they are hardly cutting edge scholars. Quote mining dead guys because a live one can't be found to support one's claim reveals the vacuity of the claim.

Quote mining dead guys because a live one can't be found to support one's claim reveals the vacuity of the claim.

It's been suggested that it is related to the way the biblical literalists "proof text" the Bible.