Of Chickens and Roosts 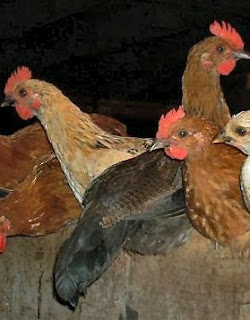 Stephen Moss in the Guardian has a nice comprehensive piece about the young-Earth creationism movement in the United Kingdom that is well worth reading.

While the movement is still the poor country cousin to the YEC brigade in the US, there has been some growth in their ranks in the past few years. It is certain that they have learned their lessons well and all the standard arguments from the Institute for Creation Research and Answers in Genesis come trippingly to the tongue of UK creationists. One particular argument is notable:

The theme of pastor John Benton's sermon [at the Chertsey Street baptist church in Guildford] in the evening is "Genesis and Evolution: Do They Fit Together?" He holds up a recent New Scientist cover, headlined "Darwin was wrong," as evidence that the scientific base for evolution is crumbling, that the Darwinian tree of life can be uprooted.

[Australian creationist John] Mackay, too, is clutching a copy of that issue of New Scientist when I meet him. This is manna from heaven - the science establishment offering up gifts to the creationists.