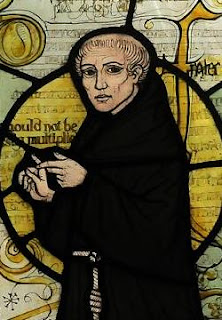 The Discovery Institute is bucking for another entry in Glenn Morton's list: "The Imminent Demise of Evolution: The Longest Running Falsehood in Creationism," right along with its director, Stephen Meyer, in his about-to-be-released book, Signature in the Cell: DNA and the Evidence for Intelligent Design.

Actually, they are after even bigger fish: scientific materialism. Methodological naturalism, whereby science assumes that natural phenomena have natural explanations -- that has so advanced human knowledge over the last 500 years -- is said to be crumbling, leaving us with ... what? According to Meyer, it is "intelligence that stands outside nature and directs the path life has taken." If that isn't God, I'll also eat John Wilkins' epistemological hat.

Since we are, if Meyer is right, allowing supernatural explanations into science, let me exercise my extrasensory perception and predict what the major themes of the book (which I obviously have not read) will be:

There will be an analogy to human design, particularly analogizing DNA to computer software;

There will be an argument that any inability of science to explain the origins of biological "information" demonstrates design;

There will be an argument claiming that any inability of science to explain the origins of DNA disproves evolution.

Okay, so maybe I'm not psychic, since Meyer's own webpage shows that he is making all those arguments in the book and they are, contrary to the DI's claim, hardly a "unique, new argument for intelligent design."

There is one claim that Meyer has made before but is not as common as the others:

Drawing on data from many scientific fields, Stephen Meyer formulates a rigorous argument employing the same method of inferential reasoning that Darwin used.

Samir Okasha's Philosophy of Science: A Very Short Introduction (recommended by Massimo Pigliucci) has a good discussion of the inference to the best explanation. He has an example:

The cheese in the larder has disappeared, apart from a few crumbs;

Scratching noises were heard coming from the larder last night;

Therefore, the cheese was eaten by a mouse.

It is obvious that this inference is non-deductive: the premisses do not entail the conclusion. For the cheese could have been stolen by the maid, who cleverly left a few crumbs to make it look like the handiwork of a mouse. And the scratching noise could have been caused in any number of ways - perhaps they were due to the boiler overheating. Nonetheless, the inference is clearly a reasonable one. For the hypothesis that a mouse ate the cheese seems to provide a better explanation of the data than do the various alternative explanations. After all, maids do not normally steal cheese, and modern boilers do not tend to overheat. Whereas mice do normally eat cheese when they get the chance, and do tend to make scratching sounds. So although we cannot be certain that the mouse hypothesis is true, on balance it looks quite plausible: it is the best way of accounting for the available data.

And, as Okasha points out, this is a sort of reasoning that scientists, including Darwin, frequently use:

... Darwin argued for his theory of evolution by calling attention to various facts about the living world which are hard to explain if we assume that current species have been separately created, but which make perfect sense if current species have descended from common ancestors, as his theory held. For example, there are close anatomical similarities between the legs of horses and zebras. How do we explain this, if God created horses and zebras separately? Presumably he could have made their legs as different as he pleased. But if horses and zebras have both descended from a recent common ancestor; this provides an obvious explanation of their anatomical similarity. Darwin argued that the ability of his theory to explain facts of this sort, and of many other sorts too, constituted strong evidence for its truth.

So, does ID fit within the category of IBE?

[O]ne issue clearly demands more attention. If we want to use IBE, we need some way of deciding which of the competing hypotheses provides the best explanation of the data. But what criteria determine this? A popular answer is that the best explanation is the simplest or the most parsimonious one. Consider again the cheese-in-the-larder example. There are two pieces of data that need explaining: the missing cheese and the scratching noises. The mouse hypothesis postulates just one cause - a mouse - to explain both pieces of data. But the maid hypothesis must postulate two causes - a dishonest maid and an overheating boiler - to explain the same data. So the mouse hypothesis is more parsimonious, hence better. Similarly in the Darwin example, Darwin's theory could explain a very diverse range of facts about the living world, not just anatomical similarities between species. Each of these facts could be explained, in other ways, as Darwin knew. But the theory of evolution explained all the facts in one go - that is what made it the best explanation of the data

This is Occam's razor, of course. But the razor is not a rule of logic nor even a well-supported inference. Okasha explains this well:

The idea that simplicity or parsimony is the mark of a good explanation is quite appealing, and certainly helps flesh out the idea of IBE. But if scientists use simplicity as a guide to inference, this raises a problem. For how do we know that the universe is simple rather than complex? Preferring a theory that explains the data in terms of the fewest number of causes does seem sensible. But is there any objective reason for thinking that such a theory is more likely to be true than a less simple theory? Philosophers of science do not agree on the answer to this difficult question.

The razor is, in fact, an organized way to make a first approximation -- in simpler terms, a guess. It is often difficult, if not impossible, to determine which hypothesis is "simpler." Certainly, an omnipotent God can explain any and all results in one go ... as long as you're willing to accept the theological consequences.

But even if we grant that Occam's Razor is a valid criteria and God has a claim to being a simple cause, does that help ID? Let's not forget that Meyer is claiming that it is scientific materialism that is really at stake. But is Meyer positing ID in everything? Does it explain the weather, the nature of atoms and chemical reactions, the movements of the planets and all the myriad other facts about the world that science has explained so well? If not, then ID is positing two causes: natural causes for many things and ID for some subset of the world that is supposed to be designed. Methodological naturalism only posits one cause for natural phenomena.

But ID's invocation of an intelligence that stands outside nature -- God -- has another effect: it cannot, therefore, be science, because the cause cannot be scientifically tested. Darwin's theory could be tested in many ways and the wide areas of research it suggested was one of the most attractive aspects of it to scientists. The paucity of research in ID (even accepting the DI's count of the research done) shows how scarce are the means of testing it or the uses that it can be put to in explaining the workings of the world.

When Darwin argued that evolution was a better explanation than special creation, he was not arguing against a competing scientific explanation; he was arguing against natural theology, particularly of the sort formulated by William Paley in his book of the same name. In fact, in Darwin's time, there was no science to explain the nature of life, any more than, before Newton, there was any science to explain how the planets moved.

The situation has not changed in 150 years and Meyer's book, if we take his own preview to be a fair representation, has little prospect of changing that fact.
.
Link - Posted by John Pieret @ 10:52 PM

Comments:
I wonder someone has thought of constructing an anthropic argument for 'evolution' as an alternative to ID? For example, if evolutionary processes are 'stochastic' then they are governed by differential equations. Now, since like the fine-tuning argument in cosmology is basically an explanation the says the physical universe is fine-tuned via boundary and initial conditions, and the form of the fundamental physical laws themselves, it follows that they give an explanation in terms of intelligent design -- but in a bootstrap form. Now if such a model can be developed for biological structures of all scales (molecular and macroscopic) then the design inference can be made there as well. This could explain things like the convergence of cognitive processes between say certain ravens and humans beings.