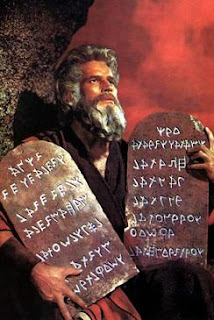 I've long known about Cornell University biologist Allen MacNeill's blog, The Evolution List, but have not, for some reason, followed it. It hasn't been updated in a while (which I hope is related to the summer break) but it's well worth reading back through it.

One interesting post ("What's So 'Intelligent' About 'Intelligent Design'?") is on why the problem with Intelligent Design Creationism isn't "design" but, rather, with "intelligence." It also touches on a point I've noted before, namely: when creationists speak about "random" evolution, they mean "non-intentional," not "highly contingent" or "unpredictable," and, therefore, pointing out that natural selection is not "random" has no effect on their real objection ... which is that evolution eliminates a supernatural force or deity as the causal factor in biological evolution.

Another post ("Why Intelligent Design Supporters Insist That ID Must Be True") that caught my eye delves into:

... why Intelligent Design (ID) exists, why websites like Uncommon Descent exist, and why the regular commentators who support ID at those websites are so determined to assert the absolute reality of ID, in spite of a complete lack of empirical evidence.

It involves a quote from Barry Arrington, webmaster at Uncommon Descent:

Of course [the validity of an objective moral code] is all dependent upon the truth of the existence of God and the truthfulness of scripture - most of us here are aware of that.

Arrington is speaking about "atheism" but, as we all know, ID proponents are wont to conflate evolution and atheism. As Professor MacNeill says:

Since God must exist (otherwise there are no morals and anything is permitted), then there must be empirical evidence for His existence. Finding none, it is therefore necessary to pretend that some exists, or to make some up. Otherwise there can be no objective basis for morals, society will necessarily collapse into chaos, and we will all inevitably become insatiable, maniacal, cannibalistic, orgiastic mass murderers, rapists, and thieves.

Professor MacNeill gives a perfectly sufficient rebuttal to this but what further caught my eye was Arrington's "explanation":

[A]n action is permissible if and only if it's not the case that one ought to refrain from performing that action. This is just the standard inferential scheme for formal deontic logic. We've conformed to standard principles and inference rules of logic and we've started out with assumptions that atheists have conceded. And yet we reach the absurd conclusion: therefore, for any action you care to pick, it's permissible to perform that action.

Now, deontic logic is a complex field (anyone who wants to get a taste of it can go here) but there seems to be an obvious problem with Arrington's claim, namely: what does he mean by "permissible"? Take a "No Parking" sign. Certainly, we can't derive an "ought" from nature about where to park a car. But are we to assume that God cares about it either? Has God written all our petty ordinances for us somewhere in the Bible that I missed (other than the ones we -- thank God -- already ignore, like stoning rebellious children to death)? Perhaps God wants us to obey authority ("Do unto Caesar ...") but that still leaves the specific thing that is permissible/impermissible to be determined by human beings. However, once you let the foot of human moral agency in the door, Arrington can no longer shut it. If humans can decide where you can park your car on pain of penalty, they can do the same for murder, rape and robbery and the many other things we deem to be social ills.

In point of fact, all our moral codes come from human sources ... even the supposedly "God-given" ones are written down by fallible human beings who merely claim the authority of God.
.
Link - Posted by John Pieret @ 4:21 PM