They Know Their Own 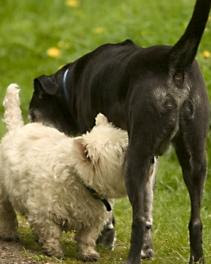 Wiley Richards, a retired professor of theology and philosophy at The Baptist College of Florida in Graceville, helps by identifying the nature of Intelligent Design:

Arguments to prove God's existence fall under two broad categories, general revelation and special revelation. Christian apologetics in the public arena largely is pursued along the lines set forth by William Paley (1743-1805), an English theologian who used the example of a watch. He argued that its existence demanded a watchmaker. A present-day example has been set forth by Michael J. Behe in his seminal book, Darwin's Black Box, in which he contends that Darwin and his followers posit the existence of the first living cell but have failed to explain how it could come from non-living matter. This view is commonly called the argument of Intelligent Design, the ID approach.

Comments:
It's been a while since I read "Darwin's Black Box", and I don't recall the emphasis on the origins of the first cell from non-living matter. What I recall is that major importance was given to "Irreducible Complexity" for the origins of certain biological systems, such as the bacterial flagellum.

It was a lot easier in the good old days when people did not know about viruses and prions and things that blur the boundaries of life and non-life.

It's been a while since I read "Darwin's Black Box", and I don't recall the emphasis on the origins of the first cell from non-living matter.

Me either. I think Richards was probably confusing Behe's book with Meyer's Signature in the Cell. It's so hard to keep those Christian apologists straight.

Well, the only difference is the 'science' not the religious aspect, and it's not like the science matters to the IDC crowd.

I see the onomatopeiac DM left another BM behind.

And now he's got a creepy picture to go with his creepy lunacies. Oh, well, it's not like he isn't an equal opportunity nut. He's been spaming James McGrath (a Christian and religion professor) too. The minor inconvenience is the inevitable price of the world wide web ... and not enough psychotropic drugs to go around.

I think Richards was probably confusing Behe's book with Meyer's Signature in the Cell.

Perhaps, but it's not a minor "argument" of Behe's either, there in chapter 8.

I think it's kind of funny how they've pushed the idea that ID isn't at all religious, heaven forfend, since "it could have been an alien," all the while admitting that they're heirs to Paley and his Natural Theology and claiming that Thomas Jefferson was an IDist (which he was, indeed) because of his mentions of the "the Creator" in the Declaration of Independence and a few other places.

Designed, Yes -- Just Not by God: The Remarkable Implications of Clarke's Third Law

And, outside of his book, Stephen Meyer repeatedly points to God as being the best candidate for being the Designer, "arguing" from "fine tuning" that an designer immanent to the the universe seems a tad unlikely, and that a transcendent designer is thus indicated (still no theological motivations, nuh-uh).

Cause it's all science, but fortunately its implications just happen to support its proponents' religious predilections.

They are getting careless, apparently giving up on any hopes of winning Dover II (Scopes IV?), and happily pointing out to more conservative creationists that they're working hard to get God "back into science."