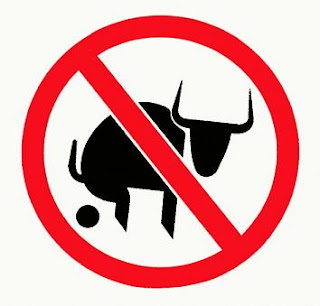 Jerry Coyne has an excellent response to a bit of typically silly criticism from Uncommon Descent entitled "Jerry Coyne: The fact that a cat can't be turned into a dog is not a serious objection to Darwinism!"

It actually claims that the "fact" that artificial breeders haven't turned a cat into a dog is a serious objection to "Darwinism" (otherwise known to the non-Kool-Aid drinkers as "evolutionary science").

Jerry demolishes this in an aptly named post: "IDiots once again justify their name."* Go read it.

But this is what actually attracted my attention. The post at UC quoted from that source of all things IDiotic, Evolution News & Views, where Stephen A. Batzer claims that "Bayesian Analysis [Is] the Evolution Skeptic's Friend."

Oh, wait a minute! He is not claiming that "Bayesian Analysis," which is a highly formal and mathematical process, is the IDiots friend. He is claiming that something that is "very simple," if "informally used," is their friend.

After noting that the "majority of Americans are unconvinced that random chance is the causative agent behind life's development and the increase of biological complexity over time," he claims that "their everyday experience ... informs them that something is terribly, persistently wrong Darwinism, that the theory simply doesn't match the evidence."

So, that inability of 91% of Americans (strangely, Batzer doesn't assess the Bayesian implications of the "experience" of the rest of the First World nations), who are largely ignorant of evolutionary science, to understand evolution is somehow Bayesian evidence that evolution is wrong?

Let's see. The Earth does not seem to most people to move. The Sun seems to move in the sky from east to west. The stars revolve above our heads. And I'm pretty sure that approximately 91% of Americans couldn't mount a good scientific argument in favor of the heliocentric solar system.

Ergo! Geocentrism is supported by "informal Bayesian Analysis" and is just as scientific as ID!

* Again, if I had my druthers, Jerry would stick to science, at which he is very good, and eschew philosophy, at which ...

** As a commenter at UD named "Fross" (who has, so far, escaped the usual UD "moderation") brilliantly pointed out:

Those are serious objections. I.D. Is finally making some truly profound objections to evolution theory. Also, why are there still apes if we evolved from them?

Comments:
He is not claiming that "Bayesian Analysis," which is a highly formal and mathematical process, is the creationist's IDiots friend. He is claiming that something that is "very simple," if "informally used," is their friend.

Yeah. If one were to use proper "Bayesian Analysis" then ID wouldn't even be able to enter the competition. There is, after all, no way to estimate the likelihood of ID.

It's typical of ID. If you take scientific evidence about, say, the mechanics of the cell and then ooh and aah and declare that it must have been designed, that constitutes a "scientific" argument because they mentioned science!

Just so, it's "Bayesian Analysis" if they mention "probabilities."

The writer is also somewhat illiterate. "...can't breed a cat into a different genera", indeed!

And they're right! It is the Big Lie of creationism that evolution is about random chance when the really big stuff is the operation of natural selection on the variety that mutations and sex and other goodies deliver up for its use.

BTW, the UD BS seems to be indistinguishable from the old '
Fifty million Frenchmen can't be wrong.' How old are these people, 10?