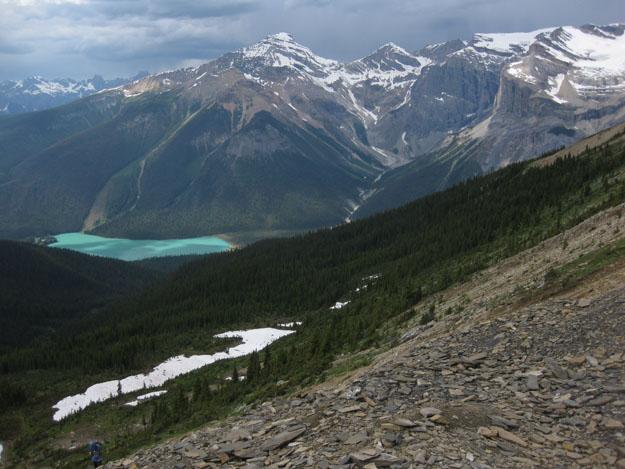 PZ Myearshertz points to the blog of Callan Bentley, a geologist, who had taken a wonderful picture of the Burgess Shale, which I have shamelessly stolen above.

Callan was contacted by the Discovery [sic] Institute for permission to use the picture for its latest bit of dishonesty, something to be called Darwin's Doubt: The Explosion of Animal Life and the Case for Intelligent Design.

Despite being offered the munificent reward of $100 and a complimentary copy of the book, Callan refused:


Thanks for your interest.

I hold the Discovery Institute in the lowest regard, and it sounds like the new book will be a further perversion of reason in the name of pseudoscience. As a science educator, I could never support such an effort! I will not grant reproduction rights to any of my photos or drawings to any creationist effort such as the one you describe here.

Best wishes for your good health, and the speedy demise of the sham institution that employs you.

Not so surprisingly, that did not go down well with the DI drone, Andrew McDiarmid, who approached Callan. Much more surprisingly, for an organization dedicated to public relations flackery, instead of science, McDiarmid gave Callan a barn door to drive though:


I'm sorry to learn that you do not support true freedom of scientific inquiry. As Charles Darwin himself stated, "A fair result can be obtained only by fully stating and balancing the facts and arguments on both sides of each question."

I only hope the materialist, reductionist scales fall off your eyes one day. Until then, I feel sorry for your students.

Callan's response to it all is beyond my power to add to, so go read it.

My interest was, however, additionally piqued by the fact that the DI huckster was quote mining Darwin. As I previously pointed out, the context is:


This Abstract, which I now publish, must necessarily be imperfect. I cannot here give references and authorities for my several statements; and I must trust to the reader reposing some confidence in my accuracy. No doubt errors will have crept in, though I hope I have always been cautious in trusting to good authorities alone. I can here give only the general conclusions at which I have arrived, with a few facts in illustration, but which, I hope, in most cases will suffice. No one can feel more sensible than I do of the necessity of hereafter publishing in detail all the facts, with references, on which my conclusions have been grounded; and I hope in a future work to do this. For I am well aware that scarcely a single point is discussed in this volume on which facts cannot be adduced, often apparently leading to conclusions directly opposite to those at which I have arrived. A fair result can be obtained only by fully stating and balancing the facts and arguments on both sides of each question; and this cannot possibly be here done.

Far from advocating that every insupportable "theory" like ID or Sasquatch or alien-built pyramids deserves "equal time" with science, Darwin was pointing out that that he had many more facts in support of his theory but could not fit them all in the scant 490 pages he had at his disposal in the Origin.

I also want to point out Callan's subsequent post about intelligent geologic folding.