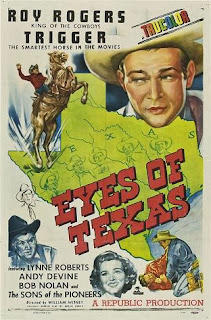 United States District Judge Orlando L. Garcia has issued a preliminary injunction enjoining the State of Texas "from enforcing Article 1, Section 32 of the Texas Constitution, any related provisions in the Texas Family Code, and any other laws or regulations prohibiting a person from marrying another person of the same sex or recognizing same-sex marriage." This is not a final judgment but the grant of a preliminary injunction is all but the equivalent in that such an order requires that a plaintiff must establish four factors: (1) a substantial likelihood of success on the merits; (2) a substantial threat that failure to grant the injunction will result in irreparable injury; (3) the threatened injury outweighs any damage that the injunction may cause the opposing party; and (4) the injunction will not disserve the public interest. However, since other courts have stayed similar decisions recently, Judge Garcia stayed his ruling pending an appeal.

As always, the important part is just who the plaintiffs are:


Plaintiffs De Leon and Dimetman have been in a committed relationship since they met in 2001. De Leon is a United States Air Force veteran. She was on active duty for four years and served six years in the Texas Air National Guard. De Leon was honorably discharged after ten years of service. At the time she met Dimetman, De Leon was serving in the Texas Air National Guard while also working as a statistical analyst. Dimetman was running her own business.

As a couple, De Leon and Dimetman have supported one another as they pursued further education. During their time together, De Leon attended and completed graduate school, receiving a Master's degree in Applied Statistics from the University of Texas at San Antonio. Meanwhile, Dimetman attended the University of Texas Law School and became an attorney licensed to practice in the State of Texas. De Leon and Dimetman continue to share finances, live together, and have a loving, stable relationship.

De Leon and Dimetman wanted to have a family, and it was important to them to marry one another before they became parents. The couple wanted to marry in Texas, their home state, but Section 32 prevented them from doing so. Therefore, they chose to marry in Massachusetts, a state that recognizes same-sex marriage. They married in Boston on September 11, 2009, after having an eight-year solid, loving relationship.

In 2012, De Leon and Dimetman became parents to a child, C.' Although De Leon is C's biological mother, both her and Dimetman consider themselves C's mothers. They both share child-rearing duties and obligations. Because Texas does not recognize same-sex marriage, Dimetman could not be considered C's legal parent without going through the adoption process. Therefore, to obtain recognition as C's parent, Dimetman formally adopted C at considerable expense. ...

Plaintiffs Holmes and Phariss met in the spring of 1997. At the time, Holmes was in the Air Force and stationed in San Antonio. Phariss was and remains an attorney licensed to practice in Texas. The couple quickly developed a friendship that became a dating relationship. On August 9, 1997, the couple went on their first date. They celebrate August 9 as their anniversary.

After dating for several months, Holmes and Phariss started living together. Holmes, who joined the Air Force when he was eighteen, began a military program to become a physician's assistant. After completing the program, the Air Force stationed Holmes at different bases throughout the country. Because Phariss continued to live and work in Texas, he and Holmes spent the next eleven years in a long-distance relationship. Depending on where Holmes was serving, Phariss and Holmes would travel as often as every week to see each other. During Holmes' final assignment at Sheppard Air Force base in Wichita Falls, Texas, Holmes and Phariss generally saw one another each weekend and on special occasions during the week.

Holmes honorably served our nation for nearly twenty-three years and retired as a Major at the end of 2010. After enduring an eleven-year, long-distance relationship, Holmes and Phariss were able to live together again. Holmes and Phariss now want to marry in Texas. On October 3, 2013, the couple applied for a marriage license at the Bexar County Clerk's office, but Defendant Gerard Rickhoff refused to issue one because Holmes and Phariss are both men.

Those are, of course, horrible people, who society should penalize and shun and try make their lives miserable.


Defendants in this case have identified two bases or purposes for Section 32: (1) to increase the likelihood that a mother and a father will be in charge of childrearing; and (2) to encourage stable family environments for responsible procreation. These bases fail rational basis review as explained below. ...

There is no doubt that the welfare of children is a legitimate state interest; however, limiting marriage to opposite-sex couples fails to further this interest. Instead, Section 32 causes needless stigmatization and humiliation for children being raised by the loving same-sex couples being targeted. ...

Defendants have not provided any evidentiary support for their assertion that denying marriage to same-sex couples positively affects childrearing. ... To the contrary, this Court finds that far from encouraging a stable environment for childrearing, Section 32 denies children of same-sex parents the protections and stability they would enjoy if their parents could marry. ...

Furthermore, Defendants' proferred reason fails rational basis because Defendants have failed to establish how recognizing a same-sex marriage can influence, if at all, whether heterosexual couples will marry, or how other individuals will raise their families. ... Defendants' proferred rationale presumes that same-sex couples cannot be good parents -- this is the same type of unconstitutional and unfounded presumption that the Supreme Court has held "cannot stand." ...

The procreation argument raised by Defendants also fails. The notion that [banning] same-sex marriage will encourage responsible procreation assumes that heterosexual marriage is "naturally procreative." However, procreation is not and has never been a qualification for marriage. ...

As to the Due Process argument, Judge Garcia found:

In this case, Defendants argue the right to marry does not include the right to same-sex marriage. That is, Defendants claim this is a "definitional" issue, in that Plaintiffs are seeking recognition of a "new right to same-sex marriage" as opposed to the existing "right to marry." This Court finds this argument fails, as the Supreme Court did not adopt this line of reasoning in the analogous case of Loving v. Virginia. Instead of declaring a new right to interracial marriage, the Court held that individuals could not be restricted from exercising their "existing" right to marry on account of their chosen partner. ... That is, an interracial marriage was considered to be a subset of "marriage," in the same way that same-sex marriage is included within the fundamental right to marry.

Anyone who values fairness in our society ... anyone who thinks that decent, loving people should be treated equally under our laws ... cannot rationally or honorably try to deny Cleopatra De Leon, Nicole Dimetman, Victor Holmes, and Mark Phariss the rights and privileges of marriage.

Only people, intentionally or not, who are evil could want that!
Link - Posted by John Pieret @ 3:06 AM

Comments:
I notice that those condemning homosexuality on Biblical grounds are not demanding with equal zeal that the stoning to death of adulterers and rebellious children be incorporated into law.

Could it be that passages cherry-picked from Scripture are being used to justify a much older, more primitive, more visceral, fear and loathing of homosexuality?

Perhaps such Christians should also heed lessons from the Bible such as loving "thy neighbor as thyself".

I know plenty of Christians whose marriages (with children) lasted a much shorter time.

I notice that those condemning homosexuality on Biblical grounds are not demanding with equal zeal that the stoning to death of adulterers and rebellious children be incorporated into law.

Indeed, it has occurred to me that there are only two Biblical sources the bigots cite. The first is Leviticus (which, by the way, condones lesbianism by their own rules of exigesis) and that old misogynist, Paul, in his letter to the Romans. Paul does not call for civil penalties against gays ... for the simple reason that Christians held no civil power at the time. Leviticus, if you accept it as a set of rules for civil government, as you note, requires a lot more of its proponents than just harrassing gays.

Fear and loathing, I'm afraid, is a lot easier lesson for people than love thy neighbor.

No doubt they will continue to be sore losers for some time. And there will be complaints of activist judges. We can treat that as entertainment.

Congratulations to the LGBT community, for their effective grass roots campaign.

Yes, but as Ed Brayton notes the speed with which the fight was lost is amazing. A mere 10 years ago anti-marriage-equality was a huge issue that probably gave Bush the election over Kerry. For some five years the people who were against SSM won victory after victory. And then, in the last couple of years, the bottom fell out for them and now establishment Republicans are running away from the issue as fast as they can; big business is fully on board with SSM and threatening consquences to jurisdictions that are thinking about anti-equality legislation; and the polls indicate that even a majority of Republican voters have dropped opposition to SSM.

It has been one of the most startling changes in American politics ever. Which is why I've posted so much about it recently. A dizzying but good ride.

And the history of the churches in a couple of generations it will be told that the churches did not (as the atheists charge) resist this change.