On the Good Side 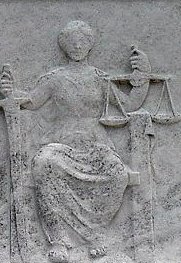 PZ Myers has an article at Pharyngula about the "Tripoli Six," five Bulgarian nurses and a Palestinian doctor who have been improbably accused in Libya of deliberately infecting 400 + children with HIV. By all accounts they have been badly abused for years now, have been sentenced to death once already and are presently undergoing a retrial which gives little prospect for a better outcome. Nature has issued a strong editorial* on the case.
.
The present Administration is, shall we say, even less interested in the safety of medical professionals in the international community than it is for that of our own soldiers who might need the protection of the Geneva Conventions. In some ways, the result of Gaddafi's stance is similar. How many outside medical personnel are going to want to help in Libya now?
.
Maybe someone can whisper in Gaddafi's ear what a coup it would be for him to come off as a more concerned for the welfare of the Libyan people than Dubya is for Americans.
_________________
.
* How could I not like an editorial that talks about "dedicated volunteer humanitarian lawyers"?
Link - Posted by John Pieret @ 9:57 PM