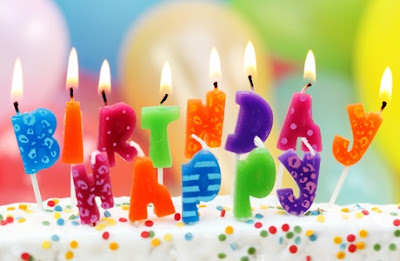 I may not be Sally Field but I am feeling liked by Justice Kennedy.

An interesting factoid is that three of the four most momentous Supreme Court decisions on LGBT rights, yesterday's Obergefell v. Hodges, United States v. Windsor and Lawrence v. Texas, were all handed down on June 26th … just in time for my birthday.

I turn 66 today and cannot be happier with my present.

It's been a good week for President Obama.

Not only has he been able to celebrate the upholding of his signature accomplishment in office, the Affordable Care Act, not only has he been able to deliver a moving address on the same-sex marriage victory, but he has, in tragic circumstances, delivered an eulogy for Rev. Clementa Pinckney and the other victims of the Charleston shooting that, despite it being rooted deeply in Black Christianity and including the President singing (rather off-key) “Amazing Grace,” nonetheless drew the admiration of PZ Myers.

That's quite an accomplishment.
Link - Posted by John Pieret @ 9:37 AM 20 comments 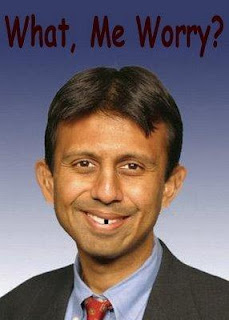 
Jindal's office also provided remarks on the court's ruling from a speech in Iowa on Friday.

"The Supreme Court is completely out of control, making laws on their own, and has become a public opinion poll instead of a judicial body. If we want to save some money lets just get rid of the court.

One small problem … the Constitution at Article III requires that there be a Supreme Court.

Funny, it wasn't so long ago that Jindal called on the Republican Party to "stop being the stupid party."

I guess Jindal applied for and got an exemption from that.
Link - Posted by John Pieret @ 10:24 PM 13 comments

Somewhat disappointingly, it was a 5-4 decision. Chief Justice Roberts blew his chance not to be known as the Roger B. Taney of the 21st Century. Okay, as the Supreme Court's decision on same-sex marriage looms, the Religious Right is collectively losing whatever mind it ever had.

What I'm kinda interested in, in a macabre sort of way, is the names that they are now assigning to LGBT people and those that support their civil rights.

One of my recent favorites is “Rainbow Jihad.”

Of course, “Gay Gestapo” has been around around for a while.

Another relatively new one is “Homosexual Stazi” … never mind that the East German secret police were actually known as the “Stasi” ... you get the drift.

Then there is the “Gay Reich” and, for bonus points, "Big Gay."

Update: Here's another: “Pawns Of The Devil.” 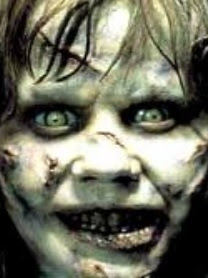 Mexico's Supreme Court, in a bit of a roundabout way, has legalized same-sex marriage in that country. With Canada, politely, having done the same a decade ago, we in the US are now surrounded! … but not for long, I hope!

The Catholic Church in Mexico is taking the ruling about as well as can be expected.