The Road to Knowledge 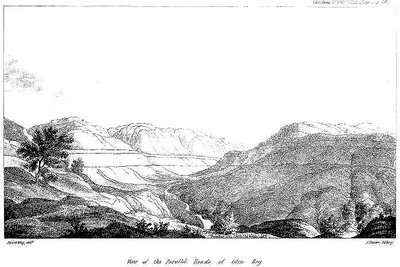 The Royal Society is making the contents of its journals, dating back to the Society's beginnings, available to everyone on the web for the next two months:

For the first time the Archive provides online access to all journal content, from Volume One, Issue One in March 1665 until the latest modern research published today ahead of print. And until December the archive is freely available to anyone on the internet to explore.

One example is Darwin's 1839 paper "Observations on the Parallel Roads of Glen Roy, and of Other Parts of Lochaber in Scotland, with an Attempt to Prove That They Are of Marine Origin" about certain geologic features (see above) that Darwin thought were the remnants of ancient beaches. Louis Agassiz, later to become Darwin's great foe in the debate over evolution, quickly showed that the "roads" were, in fact, striations left by glaciation during ice ages. Darwin considered this paper his greatest scientific blunder.

It could be a busy couple of months.