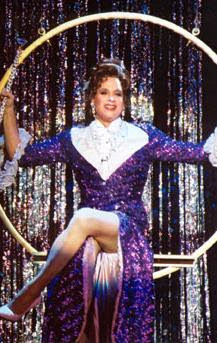 Now, now! Let's get this right!

Blasphemy is the defamation of the name of God. This may include using sacred names as stress expletives without intention to pray or speak of sacred matters.

Defamation, in turn, is the communication of a statement that makes an express or implied factual claim that may harm the reputation of an individual, business, group, government, nation or, in this case, a god.

So, when PZ Myearshertz says "I deny the holy spirit," he is making a factual statement but only about himself (his state of belief towards the god in question) not about the Holy Spirit. Even if we interpret this to mean that PZ is making the factual claim that the Holy Spirit does not exist, is hard to see how the statement of that sort, from an outspoken atheist, could be interpreted as anything more than an opinion, and, therefore, not a defamation.

I'm sorry PZ, but it is my considered legal opinion that any second-year law student could get you off and that you are not yet damned to hell.

Allow me to help. Say after me:

The Holy Spirit rests on Sunday on Fire Island dressed in a pink bra and panty set, while tastefully decorating heaven the rest of the week.

There. That is real defamation ... at least among the crowd that believes in the Holy Ghost thingie to begin with.

Comments:
You're ignoring the statutes. According to the Holy Bible of the Lord Gawd Almighty, simple individual denial is sufficient to invoke the ultimate penalty.

You might well be able to argue that the statement does not meet the requirements to be blasphemy, and you'd be right -- but I'd still be culpable of the greater crime of denial.

Besides, I don't think the Holy Rule Book has any regulations restricting my right to suggest that God is a celestial sea slug dressed in pink leotards with a purple bow on his head, anyway.

Well, I am going by the cited statute, Mark 3:29. I have not researched the whole of the Celestial Code but the wording of the quoted ordinance says nothing about simply denying the Holy Spirit:

[27] In fact, no one can enter a strong man's house and carry off his possessions unless he first ties up the strong man. Then he can rob his house. [28] I tell you the truth, all the sins and blasphemies of men will be forgiven them. [29] But whoever blasphemes against the Holy Spirit will never be forgiven; he is guilty of an eternal sin."

[30] He said this because they were saying, "He has an evil spirit."

In other words, the blasphemery (blasphermerizing?) was saying that the Holy Spirit couldn't take Ol' Nick in a steel cage of death match. See, a statement of fact ("The HS is a wimp"), not merely a statement of opinion.

But now that you have claimed that the Godly Ghost has bad taste in clothes (Really! Mixing pink and purple! How gauche!) and suggested that the oozes mucous on a regular basis, your damnation is doubly guaranteed, even if the Divine Spirit turns out to be just that.

I'm sorry PZ, but it is my considered legal opinion that any second-year law student could get you off and that you are not yet damned to hell.
I commented on the other thread that this isn't a legal system, but rather magic. Or at least that's the impression faith healers give; they may call it the holy ghost, but they treat it like the holy genie. And as such wording may be important and the rules don't necessarily make sense.

But any ol' road company of La Cage aux Faux is magic!