The Forrest And the Trees 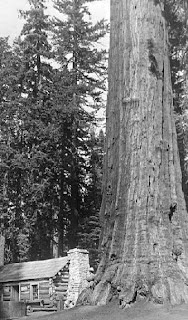 Barbara Forrest is the self-described "Southern Belle" who is generally recognized as the single most potent witness for the plaintiffs at Dover and the steel fist in a white cotton glove that made William Dembski flee the field in Pennsylvania. She has a new position paper out for the Center for Inquiry entitled "Understanding the intelligent design creationist movement: Its true nature and goals."

Although I've only skimmed it so far, it is obviously another fine example of Dr. Forrest's eminently clear and incisive dismantling of ID's pretensions to science. Of particular note, with the release of the Discovery Institute's new "textbook," Explore Evolution, is the following:

The Discovery Institute is also promoting another new ID textbook, thinly disguised using the now-familiar ID code terms and aimed at students from ninth grade through college. The book is even subtitled in ID code -- Explore Evolution: The Arguments for and Against Neo-Darwinism. Co-authored by ID leaders Stephen C. Meyer, Scott Minnich, and Paul Nelson, along with former CSC fellow Jonathan Moneymaker and ID supporter Ralph Seelke, it is being advertised, like Pandas, as a "supplemental textbook" for public school teachers. At this writing in May 2007, promotional information about the book and the curriculum is posted on the website of Biola University’s M.A. in Science and Religion program, along with an invitation to science teachers (and the public) to attend an August 2007 “Science Teachers Symposium” entitled “Teaching Biological Origins.” . . . Explore Evolution is being billed as a new text that "delivers critical thinking at its best." ID creationist Jonathan Wells, along with other ID supporters, is listed as a featured speaker. Reflecting the Wedge Strategy goal to "replace materialistic explanations with the theistic understanding that nature and human beings are created by God," the religious rationale for this symposium is evident in the topic of one of the breakout sessions: "thinking critically about the materialistic assumptions of science textbooks." (Citations omitted)

The book, which reportedly does not mention Intelligent Design but, instead, is entirely devoted to finding fault with evolution, is potentially a Constitutional "winner." Having avoided overt religiosity, the courts are going to be loath to substitute their opinion of what constitutes good education for that of a local board's or attempt to micro-manage the schools. School boards, not the courts, are generally viewed as the bodies that are in the best position to make educational decisions.

If the book presents itself purely as science, without resort to god(s) or "designer(s)," it is, in all likelihood, going to pass the first prong of the "Lemon test," which requires that government action have a "legitimate secular purpose." Education, even if bad education, is a legitimate purpose and the fact that the proffered action is compatible with or even friendly to religion is not, in all likelihood, sufficient to make it sectarian rather than secular.

A more hopeful line of attack is that the local boards will use the textbook selection process as an opportunity to issue an endorsement of religion. The problem with that strategy, though, is that it depends on the local fact pattern, not a Constitutional objection to the book itself. As in the case of Christmas displays or the 10 Commandments in public places, it will have to be fought in each locality based on the particular facts in each place.

That's where the symposium may turn out to be useful. If the DI and its IDeologues fail to resist the temptation to trumpet the religious nature of the book, that may provide enough of a basis to attack its use in schools based on the first prong of Lemon. While I don't think that is a particularly likely outcome, it is certainly worth having a few objective observers at the symposium.
_____________________
.
Via the NCSE.
.
Link - Posted by John Pieret @ 11:55 AM

Comments:
I guess we ought to watch and see if any school board members go take up collections in church to fund purchase of this book.

It wouldn't surprise me a bit if past lessons hadn't sunk in yet with creationists. That's kinda the definition of "creationist," isn't it?