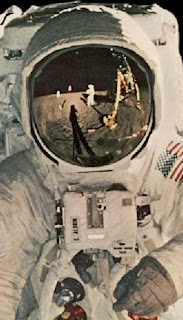 This tickles me on so many levels I have to share it.

Darwin famously went on a three week walking tour of North Wales with Adam Sedgwick, to do some "geologizing," not long before Darwin set sail on the Beagle. Those three weeks were, as David Hull says, "almost the only preparation which Darwin was to receive for his voyage." Thereafter, the two men remained friendly to the end, even when Sedgwick savaged Darwin's life's work.

Darwin sent Sedgwick a copy of the Origin and received back a letter Darwin called "a kind yet slashing letter against me from poor dear Old Sedgwick." In the letter, Sedgwick says:

I have read your book with more pain than pleasure. Parts of it I admired greatly, parts I laughed at till my sides were almost sore; other parts I read with absolute sorrow, because I think them utterly false and grievously mischievous. You have deserted -- after a start in that tram-road of all solid physical truth -- the true method of induction, and started us in machinery as wild, I think, as Bishop Wilkins's locomotive that was to sail with us to the moon.

That would be John Wilkins (1614-1672), the only person to head a college at both Oxford and Cambridge, brother-in-law to Oliver Cromwell, and namesake of a certain staunch and silverbacked supporter of evolution. Sedgwick was referring to Wilkins' 1638 book, The Discovery of a World in the Moone: Or, A Discourse Tending To Prove That 'Tis Probable There May Be Another Habitable World In That Planet. The amusing part is who, in retrospect, comes off better in the exchange. The following is from pages 206-09 of Wilkins' book, though I've modernized the spelling and changed a very few words, hopefully making it a tad more readable without damaging the sense:

[Having] spoken so much of it, as may conduce to show the opinion of others concerning the inhabitants of the Moon, I dare not my self affirm any thing of these Selenites, because I know not any ground whereon to build any probable opinion. But I think that future ages will discover more; and our posterity, perhaps, may invent some means for our better acquaintance with these inhabitants. 'Tis the method of providence not presently to show us all, but to lead us along from the knowledge of one thing to another. 'Twas a great while ere the Planets were distinguished from the fixed Stars, and sometime after that ere the morning and evening star were found to be the same ... In the first ages of the world the Islanders either thought themselves to be the only dwellers upon the earth, or else if there were any other, yet they could not possibly conceive how they might have any commerce with them, being severed by the deep and broad Sea, but the after-times found out the invention of ships, in which [only] some bold daring men [dared] venture, ... and yet now how easy a thing is this, even to a timorous and cowardly nature? So, perhaps, there may be some other means invented for a conveyance to the Moon, and though it may seem a terrible and impossible thing ever to pass through the vast spaces of the air, yet no question there would be some men who [dared] ... We have not now any Drake or Columbus to undertake this voyage, or any Dædalus to invent a conveyance through the air. However, I doubt not but that time who is still the father of new truths, and has revealed unto us many things which our Ancestors were ignorant of, will also manifest to our posterity, that which we now desire, but cannot know. A day shall come (says Seneca) when what now escapes us shall be brought to light by time and by the research of several generations.

I'd officialy change my name to John "Wilkins" Pieret ... except that would just break the curve.

I suppose that I should note that as a teenager, my ambition was to go to the moon.