Whistling While He Works 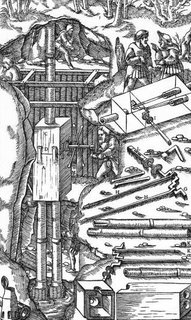 Casey Luskin is workin' in the quote mines again.

In yet another whine about Guillermo Gonzalez' denial of tenure, Casey quotes Brandon Keim at Wired magazine's blog to the effect that:

So far, science bloggers and defenders of evolution have dismissed Gonzalez's complaints. However, I'm not sure they're being fair. Though out-of-context email excerpts can be misleading, statements like "this is not a friendly place for him to develop further his IDeas" make it sound like Gonzalez was not, as the university insisted, judged solely on the content of his astronomical scholarship.

Somehow, Casey left out this part, though:

[Gonzalez'] research on stellar evolution and extrasolar planetary systems shouldn't automatically be discredited by his scientifically bankrupt belief that some biological phenomena can only be explained as divine handiwork. The Vatican Observatory is well-known for producing solid science; Francis Crick was a fine geneticist despite his support for a crackpot theory called galactic panspermia.

The problem with Keim's analysis is that Gonzalez' support for ID specifically claims astronomy as a basis for ID and, therefore, those claims are necessarily entangled with his work for the university. In turn, giving him tenure has to carry at least an implied endorsement of that "astronomy."

Nor is the issue whether his work on stellar evolution and extrasolar planetary systems is discredited by his support for ID. The issue is whether he should be given a guaranteed lifetime job at the university and the prestige that carries with it. Publicly advocating that "scientifically bankrupt beliefs" are, in fact, science has to be a consideration on whether he deserves that position.

And that is the answer to Luskin's further kvetch:

Dr. Gonzalez's funding level, high or otherwise, does NOTHING to negate the undeniable evidence of bias and prejudice against him in the department because he supports intelligent design.

Of course scientists have bias and prejudice against scientifically bankrupt beliefs posing as science. If Gonzalez and other ID advocates dropped the dishonest pretense that ID is science and, instead, argued for it as what it is, a theological position, then their charges of bias might carry some bite.

Until then, lying about the nature of science and ID is more than sufficient basis for denying tenure.
.
Link - Posted by John Pieret @ 8:31 AM