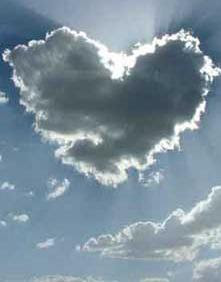 Greg Laden, at his fiendishly cleverly named blog, Greg Laden's Blog, is speculating on an increase in pareidolia events now that the European Union is changing its rules about selling "ugly" produce.

You know what pareidolia is ... when the image of Mother Teresa shows up in a cinnamon bun ...

... when the Virgin Mary can be seen in a reflection on a garage door ...


... or, my personal favorite, when Jesus decides to appear on a dog's butt. 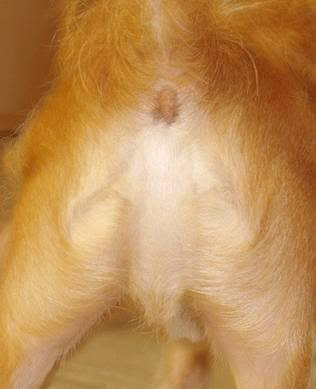 But Greg links to a particular subset of these images that may be part of a larger pattern, namely ... God signing his name to eggplants. According to the link Greg pointed to, "Allah," which is Arabic for "God," has appeared in both Arabic and Urdu script in eggplants in the last couple of decades. And it was only a short while ago that God got around to doing an English translation. 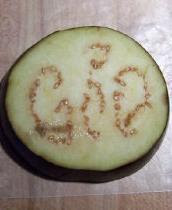 I wonder how long it will take God to complete the project in all the languages in the world. And why did he choose eggplants?
.
Link - Posted by John Pieret @ 1:45 PM

That bun looks more like jimmy Durante to me. And the garage door thing? more like the Dog Butt Jesus, I think. Thanks for that by the way--I'll never look at a dog's pooper the same way again.

Interesting that since Muslims don't believe in displaying images, especially of god or Mohammed, they only see words. There would be a huge freakout if somebody claimed to see the image of Mohammed on a piece of toast.

TN said, "That bun looks more like Jimmy Durante to me."

LOL! Maybe you can start a Jimmy Durante cult and start raking in mucho dinero.