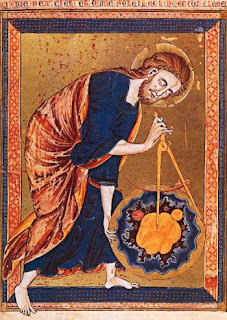 The Jacksonville Florida Times-Union has a column called "Rants & Raves," which prints short anonymous letters to the editor. This one caught my eye:

First of all, I see your four Nobel laureates and raise you thirty-four. More seriously, the business about Einstein and his religious beliefs, or lack thereof, has been hashed out so often that it need not be gone into here. The notion that he would, as IDeologists claim to be doing, credit an unnamed "Designer" as an empiric conclusion about the universe is laughable.

But I got to wondering about the other three names. So I spent a little time on a Saturday morning Googling about. Most of that time I spent on Leon Lederman, who likely made the list, at least in part, for the title of his popular book, The God Particle, referring to the Higgs Boson. I did not find any definitive answer about his views on ID before I grew bored with the exercise (though his having been a Fellow of CSICOP -- now CSI -- may be a good hint).

Answers on the other two came quickly, however.

Charles Townes, winner of a Nobel Prize in Physics and the inventor of the maser (Microwave Amplification by Stimulated Emission), which amplifies microwaves to produce an intense beam, is a self-described "very progressive" Protestant Christian. In an interview with the UC Berkeley News, he states his view of science and religion in the somewhat mystical terms so common among physicists:

As Western science grew, Newtonian mechanics had scientists thinking that everything is predictable, meaning there's no room for God - so-called determinism. Religious people didn't want to agree with that. Then Darwin came along, and they really didn't want to agree with what he was saying, because it seemed to negate the idea of a creator. So there was a real clash for a while between science and religions.

But science has been digging deeper and deeper, and as it has done so, particularly in the basic sciences like physics and astronomy, we have begun to understand more. We have found that the world is not deterministic: quantum mechanics has revolutionized physics by showing that things are not completely predictable. That doesn't mean that we've found just where God comes in, but we know now that things are not as predictable as we thought and that there are things we don't understand.

Townes clearly accepts the "Anthropic Argument" based on the concept of the "fine-tuning" of our universe but on the issue of evolution, his views are clearly not in sympathy with today's Intelligent Design Movement and is more in accord with the notion, accepted by Darwin, at least at times in his life, of a God that designed the physical laws of the universe that, as they worked themselves out, resulted in the evolution of life:

Now, that design could include evolution perfectly well. It's very clear that there is evolution, and it's important. Evolution is here, and intelligent design is here, and they're both consistent.

They don't have to negate each other, you're saying. God could have created the universe, set the parameters for the laws of physics and chemistry and biology, and set the evolutionary process in motion, But that's not what the Christian fundamentalists are arguing should be taught in Kansas.

People who want to exclude evolution on the basis of intelligent design, I guess they're saying, "Everything is made at once and then nothing can change." But there's no reason the universe can't allow for changes and plan for them, too. People who are anti-evolution are working very hard for some excuse to be against it. I think that whole argument is a stupid one. Maybe that's a bad word to use in public, but it's just a shame that the argument is coming up that way, because it's very misleading.

Stupid and misleading are words I'd also use for ID.

George Smoot, also a winner of the Nobel prize for physics, is the astronomer who proposed the Cosmic Background Explorer Satellite and used it to discover tiny fluctuations in the cosmic microwave background radiation. In a press conference announcing the discovery, he called it something "which, if you're religious, is like looking at God." In an interview with New Scientist, he explains his choice of words:

A lot was said in that press conference when I announced the discovery, but that was the bit that got picked out. I got grief from some of my colleagues, one of whom said he wished "to hell" that I hadn't said it. That just shows how we use language unconsciously. But it helped generate a lot of good press, and some people got to hear about the big bang when they might not have done otherwise.

On his view of science he said:

To be a scientist you have to be an optimist. We've tied down a huge portion of the universe, from today and the near future right back to a fraction of a second after the big bang 13.7 billion years ago. Of course, people want to go back further - past God if you like. My extreme optimism is that the universe can ultimately be reduced to something simple. It has been a powerful business model so far.

Asked if he is as optimistic about humanity as he is about science, he replied:

Somehow we're going to fumble our way out of global warming, and society will continue stumbling along and improving. During the last century, life expectancy increased by one year per decade. We've mapped the human genome and are beginning to master genetic engineering. You soon realise that humans will easily live to 1000 once we've fixed the errors in DNA replication. But we have to guard against dark ages. The difference between what we call a growing and a recessing society is just a few per cent, and things like intelligent design aren't helping.

ID as driving us back towards the dark ages hardly sounds like a ringing endorsement.

It wasn't hard to find those articles. It took me less than a half-hour. Basic fact-checking is apparently not a consideration with creationists.

Oh, there was also one other rant on that page of note:

It is very sad that people consider creationism a fairy tale. It's a lot easier to believe that an almighty God created the heavens and the earth than to believe I was once a tadpole that started walking and talking later on.

Comments:
If I recall correctly, Einstein once said that his God was the God of Spinoza. But I can testify to how difficult it is to get people to see that Spinoza's God is not the God of their local pastor.

Unfortunately for Spinoza, the people of his own time had no such difficulty and he had to be very careful in what he said.

Utterly brilliant, my dear. I loved the whole thing, but that Parthian shot at the end was especially delicious. Muchas gracias!

But we have to guard against dark ages. The difference between what we call a growing and a recessing society is just a few per cent, and things like intelligent design aren't helping.

It's pathetic that this needs to be said in the richest country in the world in the 21st century.