What Does the NAS Know About Science? 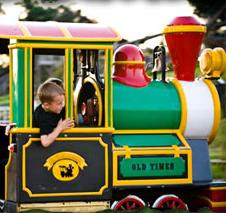 Well, that does it!

All these years the vast and overwhelming majority of scientists have thought that evolution was a scientific theory ... you know, one of those things the National Academy of Sciences calls "a comprehensive explanation of an important feature of nature that is supported by many facts gathered over time." Why the NAS has even said that "Evolution stands on an equally solid foundation of observation, experiment, and confirming evidence" as the theory of gravity.

How embarrassing, then, to have to be corrected by William Dembski!

Despite this widespread support of Darwin's theory of evolution by natural selection, Dembski noted that it is a hypothesis. A theory, he said, should both explain what a scientist observes while also gaining support from independent evidence.

"In fact, there is very little evidence for the power of natural selection," Dembski said, adding that the existing evidence concerns small-scale evolutionary changes like the development of antibiotic-resistant bacteria.

You see, there is a better explanation than evolution and natural selection for the nature of life on Earth:

According to Dembski, every worldview involves a creation story, a problem, a solution for that problem and an expected culmination. For Christians, this involves a world created by a wise God and marred by the sinfulness of man. As the solution to sin, the Son of God entered the world as Jesus Christ and died for the redemption of man. In the end, Christ will return and the creation will be renewed.

... "If you get your starting points wrong, you can count on everything downstream going amiss as well." As a result, some theistic evolutionists, who believe in God while also supporting Darwin's theory of evolution, hold to an unbiblical theology. For example, some have denied the fall of mankind and argue that man's problem is a selfishness caused by the process of natural selection, Dembski said.

But ID has nothing to do with religion, it's all about the science ... or sumthin' ...

As for Intelligent Design, "It is not creationism," Dembski said. "It's engineering." ID entails research that seeks to discover evidence of design, or engineering, within nature. For example, no human engineer has designed technology that can hold as much information in such a compact way as the DNA found in cells, he said.

That's the ticket! It's engineering!

Now, about that bit "no human engineer has designed technology that can hold as much information in such a compact way as the DNA found in cells," I don't know whether that's true or not -- certainly, there seems to be a lot of space in most genomes that is taken up in useless "information" -- but the question is why is that supposed factoid in any way relevant to whether DNA is designed?

Maybe I'm being dense but why would the fact that humans can't design something be evidence that something else did? Ain't that one of those non sequitur thingies?
.
Link - Posted by John Pieret @ 12:01 AM

Comments:
I think biologists should be pissed at the statement made by the NAS - "equally solid to gravity" my ass.

There is no universally accepted theory on how gravity works - put a QED researcher and relativity researcher into the same room and prepare for blows - is it gravitons? Is it curvature of space time? Something else? They don't know.

In contrast, evolution has a well established (dare I say, "universal") mechanism. Its processes, mechanism of action and products are well understood, and most of the arguments left in evolutionary science centre largely around fine details.

Equally solid my ass - physicists fantasize about getting on ground as solid as the ground evolution stands on.

Heh. I thought of that too, though later the NAS compares it to atomic theory, the sun-center solar system and the germ theory of disease as well, IIRC. I only grabbed that example because it was associated with the definition of "theory."

"If you get your starting points wrong, you can count on everything downstream going amiss as well."

Man, I love the smell of presuppositionalism in the morning. Smells like...bullshit.

On second thought, maybe I don't.

But engineering assumes an intent or a desired objective. Gee, I thought ID had nothing to say about intent.

Well, if he did, he wouldn't admit it, since it spills the beans:

In any case, on further reflection I saw a lesson in this latest insult, a "sign" worth taking note of: the ["Praise Darwin"] billboard was sponsored by the "Foundation for Freedom from Religion!" For it seems to me that this is just where the line is drawn: between those who have faith in God and believe an intelligent creator made them and the world, and those who would eliminate such considerations in favor of a view of the world, mankind included, as mere matter, in motion and mutation.