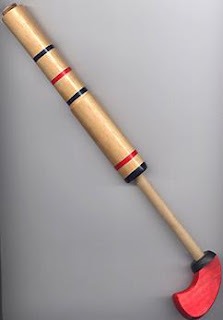 Timothy Sandefur is at The Panda's Thumb/Freespace spanking Dr. Michael Egnor for his latest (successful) attempt to make a fool of himself, not least over his continuing habit of outright lies.

But his other constant habit is making statements of illogic so truly breathtaking as to leave you gasping. He doesn't disappoint this time either:

The second definition of religion — the definition favored by sociologists of religion — is that religion is liturgy, a set of customs and practices of worship. Traditional religions certainly meet this definition, and atheism ironically comes close as well. ... The modern atheist adulation of Darwin has religious overtones — P.Z. Myers desecrated Richard Dawkins' The God Delusion along with the Koran and the Eucharist. The act of desecration presupposes sacredness.

Now, what PZ did on that occasion was not my favorite among his attacks on irrationalism but to make the claim that Egnor does is mind-bogglingly silly. All one needs do is follow the link Egnor gives to PZ's post, with a title dripping with sarcasm: "The Great Desecration," to see just the opposite:

By the way, I didn't want to single out just the cracker, so I nailed it to a few ripped-out pages from the Qur'an and The God Delusion. They are just paper. Nothing must be held sacred. Question everything. God is not great, Jesus is not your lord, you are not disciples of any charismatic prophet. You are all human beings who must make your way through your life by thinking and learning, and you have the job of advancing humanity's knowledge by winnowing out the errors of past generations and finding deeper understanding of reality. You will not find wisdom in rituals and sacraments and dogma, which build only self-satisfied ignorance, but you can find truth by looking at your world with fresh eyes and a questioning mind.

Maybe Egnor simply can't fathom that someone would hold the Eucharist to be without any sacred character, but the Koran? It would seem to be a tenet of the Catholic faith Egnor loudly proclaims that the Koran is just another book. Surely he can grasp the notion that it is not sacred and that someone might not hold it in any higher reverence than a book by a scientist? Cannot he just stretch his mind a little further and imagine that someone might hold all three to be equally non-sacred, rather than to have to assume that the person holds all three to be sacred?

Or is it just that Egnor really cannot mount any better logic than ridiculous word-games, so he has to cling to those poor weapons he can manage, more or less, to wield?
.
Link - Posted by John Pieret @ 6:54 PM

Comments:
Surely he can grasp the notion that it is not sacred and that someone might not hold it in any higher reverence than a book by a scientist?Perhaps more importantly, the scientist's book was about atheism. Since Egnor is claiming that atheists have our own rituals, certainly one of the more prominent books on the subject would be something we held sacred if anything was.

I take Egnor's point (admittedly obscure to anyone who operates on standard logic, as opposed to Egnor-logic) to be that the very act of "desecration" of an object proves you think it was sacred in the first place. Hence, The God Delusion must be the equivalent to an atheist Bible (because PZ holds it sacred by desecrating it) and, therefore, atheists share customs and rituals with theists. PZ's stated point (and, most definitely, a logical position) was that they are all equally non-sacred and "desecration" is a meaningless term.

I pity Egnor's inability to read, but I still laugh at him because he really should know better by now.