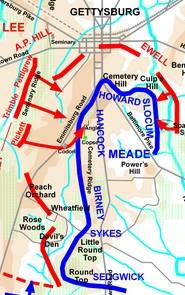 One of the main arguments of the "incompatiblists" is that "accommodationism" hasn't worked. They point to polls on acceptance of evolution in America that have stayed pretty constant over the last 50 years or so. Rarely, if ever, do they mention the great increase in membership of conservative Christian churches at the expense of the more liberal, evolution friendlier, "mainline" Protestant denominations, over the same time.

Be that as it may, here is another possible marker more sensitive than polls. The Discovery Institute, still desperate after all these years to project an air of scientific probity, is apparently feeling the heat enough from the "'new theistic evolutionists' like Francis Collins" (Ooh, look! "New Theists" to go along with the New Atheists!) that they are launching their own theology site:

"FaithandEvolution.Org is for anyone who wants to dig deeper into the scientific, social, and spiritual issues raised by Darwin's theory, but who is tired of the limited options they are currently being offered by the media," says Dr. John West, Associate Director of the Center. ...

“[W]e’ve always been clear that science has larger worldview implications, and so we want to encourage open and informed discussion of the implications of Darwin’s theory as well. This has become especially important in recent years as both the ‘new atheists’ and the ‘new theistic evolutionists’ have tried to monopolize the faith and evolution conversation. FaithandEvolution.Org is an effort to inject some balance back into the discussion.”

Translation: ID is being more and more ignored in the media (and in the pews?) as power in evangelical churches is inherited by younger and less doctrinaire preachers, with the old guard dying off or losing their grip. Others social forces are at work, including conservative fatigue after eight disastrous years, a new and popular (so far) administration that is science oriented and, yes, the greater familiarity of the population with atheists, because of the "noisy" ones, reducing the fear of "the other" for the DI to play off. The TEers, however, may be perfectly positioned to ease the way to an increase in the acceptance of evolution and science in general by making the transition less stark and traumatic.

In a war, it is not always a good idea to leave the enemy no way to retreat.

CreationistBible = Science = Religion = (explanation of life, the universe and everything)

And since (Made Up Shit) does not equal (Different Made up Shit) nor equal (Biblical Made Up Shit) the first 3 prospects can’t be true.

But it is possible that bible = science = religion is the most logical explanation of things.
(Unless of course, you can actually read)