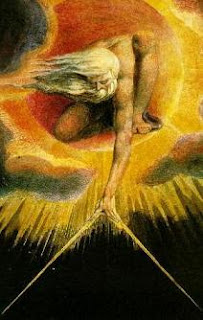 TomS, in a comment, has made an important point about Alvin Plantinga's evolutionary argument against naturalism:

I would suggest that Intelligent Design, as it refuses to make any statement about the intelligent designer(s), would have the same problem that evolution supposedly has.

That is, ID has no guarantee for the reliability of knowledge. Therefore, using the logic of Plantinga, ID is as incompatible with non-naturalism as evolution is with naturalism.

We don't know that intelligent designer(s) would be at all interested in, or capable of, designing our brains (or minds, whatever it is that they design) to know truths.

Plantinga's argument is basically that it is not rational to believe that philosophical naturalism is true, while it is rational to believe in "traditional theism," because we can't be sure our cognitive faculties are delivering truth if we evolved without aid from God but can presume that God, making us in his/her/its image, would give us cognitive faculties that deliver truth, even if our minds "have developed from those of the lower animals." But as William Dembski has said in Debating Design:

... ID never claims that an empirically based design inference by itself establishes the identity, character or motives of the designer.

Thus, by Plantinga's argument, ID, which admits that evolution occurs but claims that an unknown Designer of unknown motives and capabilities guided it, is as irrational as philosophical naturalism supposedly is, since we cannot presume that this Designer had any motive or ability to give us reliable cognitive faculties.

Comments:
This is quite a good argument, and I actually think it deserves more prominence than a blog post.

What it shows, I think, is that mere design-cum-evolution is just as irrational as naturalism-cum-evolution. But of course there isn't anyone who is really agnostic about the identity of the designer -- not even those who think the designer really was some group of aliens.

It's worth pointing out that Plantinga has argued that none of the arguments for the existence of God are good arguments. His claim is not that theism is true, but that theism is not irrational -- meaning, one is not committing any sort of intellectual sin in accepting theism. A belief in God is, as he puts it, 'properly basic' -- it's not susceptible to any further justification.

Pretty good demonstrandum, except that ID isn't what it says it is though! What ID says it is and what is is are two, three, or a hundred different things. Who knows...

As I said in response to Tom's comment, "we know God is more than willing to design brains capable of lying about their motives."

I can't see how a belief in god, even if basic (which I doubt), helps him if he's going to challenge our cognitive faculties under evolution and concede that evolution is a live possibility. The claim that God wants us to be able to know is not the same as a claim that some god exists ... though that explains why he keeps saying "traditional theism," which I wondered about. He's got two things that have to be "basic" then ... God's existence and God's motives.

And why isn't naturalism properly basic then? (That was, in a backhand way, one of Sober's and Fitelson's points.)

I think it is "properly basic" to believe that Angelique Jolie would drop Brad in a heartbeat if she should ever meet me.

He made the point that we make economic judgments which are not "rational", and explicitly explained these "errors" by their origins due to natural selection.

Some may say that this is an example of "ultraDarwinism", which I will not dispute, one way or the other. But it does suggest that Plantinga's assumption of the reliability of our judgements may not be axiomatic.

And it may lead us to question whether belief in our Creator/designer(s) can explain systematic failures in judgements as well as successes.

I don't know, it seems to me that most of what Plantinga is saying is just a specific instance of the idea of Kant's unknowable noumena, which I sympathize with. But that means your "knowledge" is suspect everywhere, with respect to both science, creationism, and just about anything you can think of.

Philosophical naturalists assume, of course, that there actually is an absolute noumenon or truth, and that science is the path to it - which IMO, is difficult, if not impossible, to defend.

They also assume that our knowledge is always becoming progressively more accurate, approaching the noumenon in a linear or asymptotic way - but there is no way of knowing that. We could simply be approaching a local maxima in our tiny local truth system, without realizing that greater and possibly unrelated maximas exist elsewhere in what we call reality.