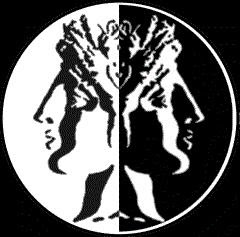 In no surprise whatsoever, Jerry Coyne has also endorsed Sean Carroll's attempt at a de novo philosophy of science, without regard to the work of generations of philosophers and scientists who have come before. Coyne's adoption of Carrollism has some amusing aspects.

Carroll cites, as a central example of his particularly muscular version of "inference to the best explanation," the theory of quantum uncertainty and its defeat of the theory of determinism. And yet, it was not very long ago that Coyne was complaining that Francis Collins was allowing "his scientific statements and beliefs to be infected with religion" because Collins had the temerity to point out that quantum uncertainty was an area of the world, as revealed by science, in which a God could act without our being able to detect such action or to even be able to say that that such action is against "the laws of nature." Coyne plaintively complained that theists would not give up their beliefs if we eventually find out that what appear to be totally unpredictable events entailed in quantum uncertainty really do have a deterministic causation. Coyne, of course, does not ask that of Carroll.

Which brings us to the mind-numbingly ironic part. If theists appealing to the facts of the world as revealed by science are "infecting" or "contaminating" their science with metaphysics, what is Carroll doing when he says:

In the real world, by far the most compelling theoretical framework consistent with the data is one in which everything that happens is perfectly accounted for by natural phenomena. No virgin human births, no coming back after being dead for three days, no afterlife in Heaven, no supernatural tinkering with the course of evolution. You can define "religion" however you like, but you can't deny the power of science to reach far-reaching conclusions about how reality works.

It is a neat Catch-22. Theists who are scientists cannot so much as point to any aspect of science that might be congenial to their beliefs upon pain of being declared polluters of that noble calling, while "atheist-scientists," as Coyne calls them, can appeal to science with complete abandon, even based on what can only be charitably designated dubious philosophy, to support their metaphysics.

The only real question is whether this Catch-22 is forged in cluelessness or shamelessness.
.

Comments:
It's occurred to me that it's not so much the threat of fundamentalism that's driving people like Coyne, it's the threat of theists who may reasonably merge their beliefs and science.
If that were to happen, then they wouldn't have the arguments of science to separate themselves from this form of theism. So, is what we're seeing really an expression of insecurity over their beliefs (or, non-beliefs)?
Not asserting, just wondering.

I think there is some truth in that, though perhaps with a bit of a different emphasis. The existence of people who believe the polar opposite of what you do on all issues not only doesn't threaten those beliefs, they actually reinforce them. But, even if you are secure in your beliefs, the existence of people who believe somewhat like you do on some issues and differently on others cause confusion because we all like to think our beliefs are rational and unitary.

It has long been the common wisdom in the talk.origins newsgroup that creationists hate theistic evolutionists more than they hate atheists, because atheists can just be dismissed as heathens and ignored, while theistic evolutionists challenge the creationists's religious beliefs more directly. I get a sense that a lot of atheists have developed the same sort of antipathy against TEers (the danger of the middle course), though most of the more prominent among them appear to be at least trying to avoid showing it. Still, there's more than just a whiff every now and then of the same attitude coming from the more rabid and less reflctive atheists, such as Coyne.

I don't have a problem with Theistic Evolutionists, depending on their theology. If they believe in Original Sin, Atonement and that sort of stuff, then I think they haven't thought deeply about the relationship between their science and their theology. Whether I'll tell them that depends on the context.

More liberal Christians may not have the same sort of difficulties reconciling their faith beliefs with their scientific knowledge. The thing is, if I know someone is a Theistic Evolutionist, then I'm pretty sure that person is open to reason, evidence, etc. IDers, Creationists and their ilk, are much more difficult to work with than TEers.

I think I like how you phrased it - the term "insecurity" seemed a bit more loaded than I wanted.

A question though: How much of this is also, or can be seen through the prism of, reaction to 9/11?

I'm wondering about that because it seems to me that there were quite a few reactions to the terror attacks that were arguably not good reactions. And it's my impression that Dawkins and Harris' books came out well after the attacks.

I'm certainly not dismissing their concerns, but looking for some context.

Thanks for the very thoughtful blog.

"Collins had the temerity to point out that quantum uncertainty was an area of the world, as revealed by science, in which a God could act without our being able to detect such action or to even be able to say that that such action is against "the laws of nature.""

So, such an "intervention" would be "beyond science". So what? This is not a "religion" that anyone who really believed in a "religion" would want to believe in.

Well, you have found an "aspect of science" big enough to allow "tampering" with "reality"? But your "god" has to choose "which" of jillions of quantum mechanics fluctuations to "tamper with" every microsecond just in this room I am in. Not to mention a rather large universe. Interesting philosophical nonsense.

If "science" explains "reality" and a theist believes that is not good enough, that theist has to come up with scientific evidence, not philosophical speculation.

If they believe in Original Sin, Atonement and that sort of stuff, then I think they haven't thought deeply about the relationship between their science and their theology. Whether I'll tell them that depends on the context.

One of the more ludicrous spectacles you see in the recent compatibility wars is some full-blown atheist lecturing theists on their theology trying to convince them that it really, really is incompatible with science. It's almost as if such atheists believe that theology is some objective truth that can be demonstrated -- rather the opposite of what you'd expect.

IDers, Creationists and their ilk, are much more difficult to work with than TEers.

[T]hough I am a strong advocate for free thought on all subjects, yet it appears to me (whether rightly or wrongly) that direct arguments against christianity & theism produce hardly any effect on the public; & freedom of thought is best promoted by the gradual illumination of men's minds, which follows from the advance of science.

How much of this is also, or can be seen through the prism of, reaction to 9/11?

I think it gave urgency to anti-theism. Where before atheists might have been content to simply inhabit the intelligencia and ignore the unwashed religious majority, 9/11 made taking on the larger society more necessary in their eyes.

One of the more ludicrous spectacles ...

Clearly, we are all evangelists. However, there are two questions that the evangelist must ask himself:

1. "I am I trying to win others to a worldview or faith worth having?

2. "Will I disdain them if they don't 'convert' to my worldview"?

Don't count on that happening any time soon.

When science undermines a particular set of religious beliefs, the religion associated with those beliefs and the community of believers it sustained is often threatened.

Such a threat is seen as jeopardizing the solidarity on which a community depends and hence the community itself. Reasonable or not, you can't expect believers to give up without what to them is literally a fight to the death.

Reasonable or not, you can't expect believers to give up without what to them is literally a fight to the death.

Boiling the frog (even if that trope is not actually true) is one way of thinking of it. Another might be that it is putting pressure on religion to evolve without making it a question of extinction or fight to extinquish science.

Cheers for the a couple interesting good tips in your weblog on Blogger: Thoughts in a Haystack!

Feel free to visit my blog; how to golf

﻿Hi there!
Someone in my Facebook group shared this site with us so I came to look it over.
I'm enjoying the information! Wonderful blog

﻿Hello.
Someone in my Facebook group shared this website with us so I came to give it a
look. I'm loving the information! Fantastic blog