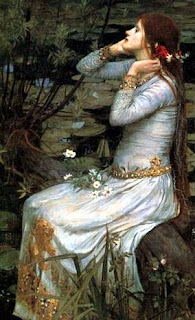 Ophelia Benson has been making much of some commenter at Chris Mooney's and Sheril Kirshenbaum's blog, going by the 'nym "TB", stating that Benson was "lying" about Mooney and Kirshenbaum not having evidence for their assertions in their book. Benson has even demanded that the comments be removed by Mooney and Kirshenbaum and, in a different instance, Sheril apparently ... cough ... accommodated her.

In the United States, calling someone a liar is an expression of opinion protected by the Freedom of Speech clause of the First Amendment and does not, without more*, constitute defamation, unless the statement "implies the allegation of undisclosed defamatory fact as the basis for the opinion."** In other words, if the statement gives the basis for the person thinking the other party is a liar, so the hearers/readers can judge for themselves, calling the person a "liar" is a matter of opinion and not actionable. Here the commenter disclosed the basis of his claim and the statement is, therefore, opinion and not libel.

There are other elements of libel that Benson probably cannot meet. She needs to prove that she was financially damaged by being called a liar by an anonymous person in a comment section of a blog and, as an author engaged in a very public dispute with authors of another book on the same general topic as one of her own, she is, for all intents and purposes, a "public figure" and must prove "actual malice" in making the statement or "reckless disregard" for its truth or falsity. That is a very difficult burden to meet.

Of course, as always, truth is a perfect defense to defamation.

Benson "justifies" her outrage because she doesn't allow such charges to be made at her blog, not so much because it is wrong but because it might get her and co-blogger (who I gather lives in Britain) sued. It's certainly true that anyone living in Britain, where it is apparently libelous to say that chiropractic treatments are "bogus," needs to be careful in what one says or publishes. But I rather thought that the rationalist blogosphere considered that to be a bad thing. Surely Benson has no intention of becoming the British Chiropractic Association of the "New Atheist" movement ... in which case, it is hard to see why she feels justified in demanding the removal of these third-party comments from Mooney's and Kirshenbaum's blog.

More importantly, as part of a movement that claims the right and duty to engage in rhetorical combat to the death, with no holds barred, against religion and anyone who might give consideration to the feelings of religionists, it seems incongruous, to say the least, for Benson to suddenly get the vapors over being on the receiving end of some nasty rhetoric.

* Calling someone a perjurer, since perjury is a crime, may automatically be defamation depending on the circumstances.

** From the Restatement Second of Torts, a kind of "model code" widely followed in the US.
.

Comments:
Ah, but when she does bare-knuckled rhetoric, she's just being truthful. It's when faitheists get bare-knuckled that it's slanderous.

Sometimes their resemblance to what they oppose is uncanny.

I have long wondered to what degree the rhetorical stances of the hardline political atheists are an outgrowth of the rhetoric of the war on terror. The "you're either with us or with the fundamentalists" attitude, the invocations of Neville Chamberlain, the common assumption that the most invidious forms of religious commitment are hiding just underneath any deviation from "religious ideas" being a strict subset of (at times almost a conflation with) "irrational ideas", these are all reminiscent (in form) of the neo-conservative rhetoric on terrorism. Hardline political atheism often seems to adopt a stance little different from fearmongering. Just as the actual existence of Muslims, Arab or otherwise, who are dangerous extremists could not justify neocon rhetoric (let alone the military actions that rhetoric was intended to support), the actual existence of dangerous religious extremism is not sufficient to justify the hardliner atheist rhetoric. Hofstadter's "paranoid style" rides again.

It's obviously important not to take an analogy like this too far. Even Sam Harris, ghastly as he so often is when he tries to write moral philosophy (and acknowledging his citations of neocon and related sources in The End of Faith), is not the equivalent of Bill Kristol on a moral or ethical plane. And for PZ or Dawkins such a comparison would be absurd.

The point is that neocon approaches have become part of our public discourse, a particular mode of political debate -- one that hardliner atheists have applied in their own ways to their own fears.

Buried in the hardliners' message are many ideas about non-believer civil rights and scientific discourse deserving of vocal exponents. However, many atheists can give the impression of being more committed to communicating their antipathies than those ideas.

Hmmm. I see you left out the part where all her follow-up comments refuting the charges of lying were blocked from the thread. That would piss me off, too. It also doesn't speak well of those doing the censoring. In fact, in view of that fact, her frustration seems quite justified.

Her "oh poor me" attitude seems a bit thin-skinned, however. "Oh, no! Someone on the internet called me liar! I demand they be censored right back!"

I see you left out the part where all her follow-up comments refuting the charges of lying were blocked from the thread.

Actually, no, I didn't, since I gave the link to her full full set of complaints at the top of my post. The fact that both sides may be behaving in a less-than-adult fashion doesn't justify Benson's whining, anymore than it justifies Mooney's and Kirshenbaum's. However, her demand that others be forceably "shut up" because she doesn't like what they've said is much more hypocritical, given the "New Atheists'" position that even the mildest suggestion that they tone down their rhetoric is deemed an unacceptable affront.

The whole kerfuffle has more than a hint of the schoolyard about it. The justification for dubbing their opponents within the atheist community "faitheists", as shown in the comments at Russell Blackford's place, is, in no small part, "they started it!" Add to that their constant refrain that they are the rational ones in this debate and it can get as grating on the nerves as a five-year-old sawing on a violin for the first time.

It's tempting to surmise that Ophelia was born on the fainting couch, and that umbrage is the only play in her book. But I've actually seen her make thoughtful, playful, tentative and even self-deprecating remarks in blog comments. None of these are from the last few years, however, and none on the topic of religion. I hope that either some miracle or some perfectly explicable materialistic event will intervene to bring back some of the old Ophelia.

What's more interesting to me than her histrionics is how little they seem to matter to her rhetorical allies. When someone on my "side" of a debate starts to get a little tweaked (such as John Kwok, another frequent commenter at Mooney's place), I am moved to slowly tiptoe away (or call him or her out, depending on our history). But the likes of Blackford, Rosenhouse, Coyne, and their coteries show no signs of noticing that she's off her meds lately. (Metaphorically, of course!)

(John, I think it's exactly correct that none of this would matter--or even register--if the neo-atheists didn't regularly imply they have a corner on rationality.)

The latest is "we're not against someone at NIH being Christian, we're just against someone who is evangelical about it," without noticing that Evangelical Christians are Christians. The fact that they don't seem aware that their demand that Christians keep their religion quiet is exactly the same affront that "faitheists" are supposedly guilty of -- telling "New Atheists" to shut up -- is just irony icing on the cake.


Very nice post. I definitely appreciate this site. Stick with it!
http://www.kuwait.prokr.net/
http://www.emirates.prokr.net/


Very nice post. I definitely appreciate this site. Stick with it!
http://www.kuwait.prokr.net/
http://www.emirates.prokr.net/


Good write-up. I definitely love this site. Keep it up