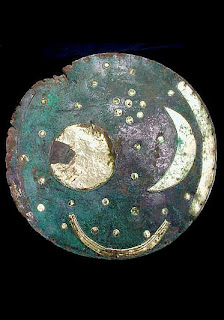 Joel Hendon is vexed in his spirit.

I become vexed at the wads of crabgrass and dandelions which keep showing up in my lawn. My dogs, whom I love with little reservations, vex me with their lack of prudence in performing their daily routines, also on my lawn.

And even worse than these petty things I find most vexing of all, the lies told by politician until they have their way and then they rub it in your face. “Gotcha!” Equally vexing to me is that the evolutionists, naturalists, atheists and such like who profess that they believe completely in the scientific causes of life and existence of matter, etc., when they have no science whatsoever to back them up.

They all claim that to mention intelligent design or creationism, has no basis for science because it cannot be reproduced in the lab. Neither can their feeble suppositions for the beginning of any of those things. They know that but they still say theirs is scientific and ours is not. There is much more scientific evidence for creation than there is for the “big bang”. I really don’t see how they can propound these ridiculous ideas without snickering. And then spend their lives trying to prove every little thing to fit their supposition when in actuality, they disprove them. And these people have their feeble suppositions taught in schools as scientific facts, with impunity.

Joel is vexed by science because he does not understand it. He cannot see how scientists can all but universally accept things that he cannot fathom. He cannot grasp how science has become so important as to be taught in public schools when it defies his "common sense" ... even as he types his frustrations out on a computer to be put up on the internet to be instantly seen by people all across the world.

Of course, he could alleviate some of that vexing if he learned enough about the science he is sneering at to understand why scientists have accepted these things and rejected ID and creationism. Instead, he has to pretend they don't really believe in science and project on them, as he does on his dogs, that they know better but are simply too imprudent to believe, as he does, that the understanding of the universe held by Bronze Age shepherds is the last word on the subject.

If you really what to know the meaning of "vexed" Mr. Hendon, you should see things from our side.

Update: ThonyC was feeling helpful and provided Mr. Hendon with a reading list to clear up his ignorance as to the evidence in favor of the Big Bang. Once Mr. Hendon's lips stop moving -- assuming he starts on the reading list at all -- we can get him going on learning the evidence for evolution.
.
Link - Posted by John Pieret @ 5:21 PM

Comments:
I have posted a somewhat longer comment at my own place

I didn't read the article--did Mr. Hendon provide a cogent, backed-up argument in support if ID? Or does providing evidence, documentation, or facts vex him?

I think that what has Hendon most vexed is the cartoon picture he has of science.

One indication: he thinks that 'reproducibility in a laboratory' -- with men wearing white coats and glasses, of course -- is the only picture of testability that we have. So, since 'macroevolution' can't be directly reproduced in a lab, it follows that it can't be tested, and therefore it can't be science.

Conversely, intelligent design is a legitimate scientific theory because it is induced from a range of observations. That it can't be tested doesn't matter, because after all, they don't think evolution can be tested, either.

I think we're seeing the emergence of a new form of anti-evolution argument. It seems to go something like this: neither evolution nor intelligent design are scientific theories; instead, both are metaphysical doctrines -- where this means something like consisting of a priori principles or concepts that are held dogmatically.

As such, these doctines are to be assessed, not according to the preponderance of evidence (since the anti-evolutionists cannot win on those terms), but rather according to the ethico-political consequences of these doctrines. The anti-evolutionists hope to win on those terms by repeating the associations between evolution, Nazism, eugenics, and abortion.