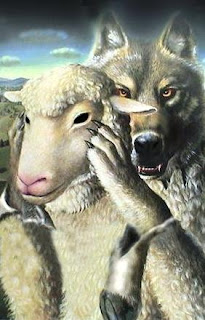 Randal Rauser, associate professor of historical theology at Taylor Seminary, has finally gotten around to following up on his article of a couple of months ago concerning how the admittedly execrable Expelled misrepresented Intelligent Design. He has two complaints so far:

Ben Stein considers Francis Crick's attempt to explain the apparent design of DNA. Though an atheist, Crick concedes that DNA may have been designed, but then he suggests that this design could have resulted from intelligent alien life (i.e. the theory of directed panspermia).

Instead of seriously engaging this proposal of an alien designer, Stein dismisses it with a condescending sneer: "I thought we were talking about science, not science fiction!"

First of all, Rauser is, I think, confusing Crick with Richard Dawkins. While Crick famously dabbled in directed panspermia, I'm pretty sure he didn't concede or suggest anything in the movie, since he was a couple of years dead by that point (talk about your evidence for ID!).

Why is the possibility of "the Designer" being an alien race so important to ID?

This may play for cheap laughs among some conservative Christian viewers, but the cost of this quip is high. How so? Because granting the possibility of an alien designer establishes that ID hypotheses are not necessarily theistic, and that is important to refute the dogged claim that ID is merely "creationism in a cheap tuxedo".

But who takes an alien Designer as a serious claim? Certainly not the supporters of ID. Besides, if that is a serious claim, why, then, do ID "theorists" refuse to "address religious questions about the identity or metaphysical nature of the designer"? Surely, if the Designer is possibly an alien species, ID does not need to leave the kind of intelligent agent the Designer is "to religion and philosophy." The means and motives of natural, rather than supernatural, beings are fair game for science, so ruling out, a priori, any such investigation demonstrates that ID proponents don't seriously consider the idea.

There is one, and only one, role the "hypothesis" that the Designer could be a natural being plays in ID "theory" ... as a "fig leaf' (I'm sure Professor Rauser understands the meaning and origin of the phrase) to obscure the fact that ID is, in truth, necessarily theistic and intended to subvert the Constitutional ban on teaching theology as true in public schools.

Rauser's second complaint actually highlights this dishonesty on the part of ID proponents:

Sadly, just as Expelled marginalizes non-thesistic ID theories, so it ignores pro-Darwin Christian theology. Or if not quite ignoring it, it only pays attention to it long enough to dismiss it. ... Eugenie Scott (of the NCSC) says to Ben Stein: "The most important group we work with is members of the faith community because the best kept secret in this controversy is that Catholics and mainstream Protestants are okay on evolution."

Scott is entirely correct in noting this woefully under-reported fact. But instead of engaging the work of the many, many theologians who embrace evolution ... [Stein interviews] a theologically uninformed journalist who dismisses all pro-Darwin theologians as "liberals". ...

Not content with defining all pro-Darwin theologians as liberals, this journalist then makes the following completely outrageous claim: "Implicit in most evolutionary theory is that either there is no God or God cannot have anything, any role in it. So naturally, as many evolutionists will say, it's the strongest engine for atheism." Sure Richard Dawkins would agree with that. But why not interview some of the majority of Christian theologians who would not?

It is not that Expelled completely shuts out theologians who accept evolution. Indeed, Stein interviews a number of them including Alister McGrath, John Lennox and John Polkinghorne. The only problem is that he never broaches the topic of theistic evolution, or even tips off the viewer that these theologians hold these views.

After a horribly skewed survey of the issues Stein draws his predictable conclusion: "It appears Darwinism does lead to atheism...." To this I say: only if you want it to Mr. Stein.

So close, Professor Rauser, but you missed it by that much! ID is not only a theological wolf dressed in science's tuxedo but it is, indeed, a narrow, sectarian theology at that -- centered on conservative Christianity (though it is happy to welcome conservative Jewish and Moslem fellow travelers) -- that has no purpose except to rescue that particular theology from its contradiction by the real world.
.
Link - Posted by John Pieret @ 11:36 AM