I Have a Theory 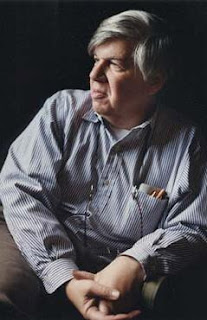 In the American vernacular, "theory" often means "imperfect fact"—part of a hierarchy of confidence running downhill from fact to theory to hypothesis to guess. Thus creationists can (and do) argue: evolution is "only" a theory, and intense debate now rages about many aspects of the theory. If evolution is less than a fact, and scientists can't even make up their minds about the theory, then what confidence can we have in it? Indeed, President Reagan echoed this argument before an evangelical group in Dallas when he said (in what I devoutly hope was campaign rhetoric): "Well, it is a theory. It is a scientific theory only, and it has in recent years been challenged in the world of science—that is, not believed in the scientific community to be as infallible as it once was."

Well, evolution is a theory. It is also a fact. And facts and theories are different things, not rungs in a hierarchy of increasing certainty. Facts are the world's data. Theories are structures of ideas that explain and interpret facts. Facts do not go away when scientists debate rival theories to explain them. Einstein's theory of gravitation replaced Newton's, but apples did not suspend themselves in mid-air, pending the outcome. And humans evolved from apelike ancestors whether they did so by Darwin's proposed mechanism or by some other, yet to be discovered.

Moreover, "fact" does not mean "absolute certainty." The final proofs of logic and mathematics flow deductively from stated premises and achieve certainty only because they are not about the empirical world. Evolutionists make no claim for perpetual truth, though creationists often do (and then attack us for a style of argument that they themselves favor). In science, "fact" can only mean "confirmed to such a degree that it would be perverse to withhold provisional assent." I suppose that apples might start to rise tomorrow, but the possibility does not merit equal time in physics classrooms.

Evolutionists have been clear about this distinction between fact and theory from the very beginning, if only because we have always acknowledged how far we are from completely understanding the mechanisms (theory) by which evolution (fact) occurred. Darwin continually emphasized the difference between his two great and separate accomplishments: establishing the fact of evolution, and proposing a theory—natural selection—to explain the mechanism of evolution. He wrote in The Descent of Man: "I had two distinct objects in view; firstly, to show that species had not been separately created, and secondly, that natural selection had been the chief agent of change. . . . Hence if I have erred in . . . having exaggerated its [natural selection's] power . . . I have at least, as I hope, done good service in aiding to overthrow the dogma of separate creations."

Thus Darwin acknowledged the provisional nature of natural selection while affirming the fact of evolution. The fruitful theoretical debate that Darwin initiated has never ceased.

Comments:
Gould may have been wrong about NOMA (IMO, at least), but he nailed this one beautifully. That explanation of evolution as both fact and theory is the clearest I've seen.

One of my all time favorite essays by Gould.

If you view NOMA as an attempt to encourage a view of science by religious groups that would result in their harmonizing their faiths to the world as revealed by science (rather than a description of how religions historically view science) it was a worthy, though perhaps utopian, attempt.