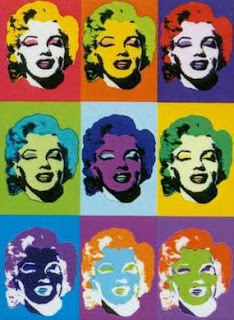 Now the Discovery Institute and the producers of Darwin's Dilemma: The Mystery of the Cambrian Fossil Record have gotten the American Freedom Alliance to rent the IMAX theater at the California Science Center to show their dishonest little film. (Does bullcrap look better when it's seven-stories high?)

The showing will be accompanied by some of the usual suspects from the DI: David Berlinski and Jonathan Wells.

It is not clear from its site that the California Science Center has any significant exhibits on evolution or staff that can put on the kind of "set the record straight" presentation that the Sam Noble Oklahoma Museum of Natural History was able to muster.

Of course, the Discoveryoids play up the link between the California Science Center and the Smithsonian Institute, which is not exactly an exclusive "honor." In fact, any prestige that comes with having Smithsonian affiliation flows in one direction, in that it primarily grants easier access to any traveling exhibits from the Institute. But that kind of PR spin has never been a stranger to certain parts of Seattle. They even highlight the fact that another propaganda film promoted by the DI, The Privileged Planet was "premiered" at the Smithsonian itself ... no doubt hoping that everyone will forget that the Institute was so embarrassed by the fact that it gave back the $16,000 fee for the use of the facility and withdrew its customary co-sponsorship.

The DI has never let little things like the truth get in its way.
.

Comments:
Maybe someone from the Natural History Museum next door could go and provide commentary.

That would be good and if it could do what the Sam Noble Museum did, in the way of a lecture and tour, that would be even better. It doesn't seem to be affiliated with the Science Center but a friend in need ...