Out Among the Telephone Sanitizers 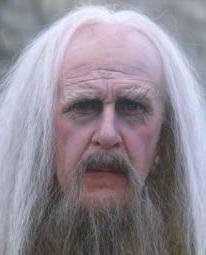 Heh! They're doing it again

This time it's Stephen Meyer challenging Richard Dawkins. Meyer has just published Signature in the Cell: DNA and the Evidence for Intelligent Design (624 pages) and Dawkins has The Greatest Show on Earth: The Evidence for Evolution (480 pages). What could an hour or two of "debate" possibly add to that?

It wouldn't even be like oral argument before the Supreme Court, itself a dubious practice of little real value. At least the justices might actually clear up some obscure point because they have already have read the complete arguments of the parties.

The only reason creationists want one of these so-called debates is that they know that it is far easier to bullshit people unfamiliar with the full arguments when you do it in person and you are pushing a simple idea (complexity = design = God) against the whole messy history of life and the myriad ways we know about it, which no one person can be expert in.

Oh, and for Rhology, here is another case of clear dishonesty:

First of all, if ID and YEC are so inimicable, how can a young-Earth creationist like Paul Nelson be a DI fellow? Also, there are many old-Earth creationists who take the Bible as the basis of their views. They just interpret the Bible a little differently. William Dembski also interprets the Bible a little differently, when he calls ID "just the Logos theology of John's Gospel restated in the idiom of information theory." And are we to take it that Harun Yahya and his followers are not creationists because they base their beliefs on the Qur'an?

Nor is ID based on scientific evidence ... any more than my own theory of an alien planet builder named Slartibartfast. After all, science tells us that planets are spheres. Our experience of the world tells us that spheres are commonly human constructs and, therefore, designed. We can, then, assign the spheroidness of planets to a designer. Now, it is possible that this designer is God but my personal belief is that it is Slartibartfast because of the revelation passed to us from the sainted Douglas.

Update: Josh Rosenau has put the DI rant in context ... right along side such creationist "luminaries" as Ray Comfort, Karl Priest and Joseph Mastropaolo.
.
Link - Posted by John Pieret @ 7:23 PM

Comments:
I've always thought that one of the points not touched on in the "design argument" is that "Watches have a designer" is not quite true, in that it is incomplete.

Watches have a HUMAN designer. In fact, virtually all visible evidence of design is human. Thus it would be most reasonable to think that anything which appeared designed would have been designed by humans.

Is there something wrong with this analysis?

Yes, I think that is mostly correct and the point has been made in various ways as far back as Hume and Kant. Analogies are only as persuasive as the closeness of the analogized things or processes.

Watches are not self-generating ... no matter how many times we put watches together (turn down the lights, put on some soft music and pour a nice wine) there won't be new little watches running around. Furthermore, we can "detect" human design (say, in a stone age tool) because we know the motives (kill, butcher and eat animals) and abilities (relatively slow predator, with unsuitable teeth and no claws) of humans. With an unknown "Designer" we obviously can't know its motives and means and with God, there are (supposedly) no knowing its motives (the ways of God are mysterious) and no limits on its means (omnipotence).

I'm sorry, nothing to do with the topic, but due to the photo I just have to say...

You are quite blasphemous! We know from observation that dung beetles create little spheres, therefore, Earth had to have been created by a giant dung beetle.

Another big downside with debating creationists or ID people is that merely holding a debate confers disproportionate validation for their opinions.

Now if you gave the ID person 10 seconds to speak, followed by an hour and a half of debate by the mainstream scientist you might approach some sort of appreciation for the merit of the ideas involved.

Back when Kansas was holding the phony hearings, I figured out that that, if they wanted to fairly represent the proportion of IDers to real scientists, they'd have to call 700+ scientists for every ID drone.

We are ready to provide cleaners daily contracts, week or monthly or years.

Our prices are attractive and competitive