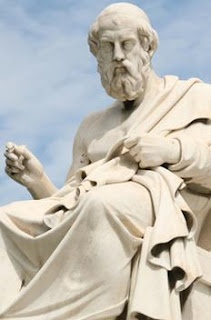 Predictably, the results are not unlike what happens when other activities are described as "doing" something.

Not to put too fine a point on it, Coyne is claiming that atheism is a scientific position.

The specific occasion for Coyne's assault and battery on philosophy is the post by Massimo Pigliucci, "On the scope of skeptical inquiry," at his blog Rationally Speaking, that I recently quoted:

[L]et us turn to atheism. Once again: it is a philosophical, not a scientific position. Now, I have argued of course that any intelligent philosopher ought to allow her ideas to be informed by science, but philosophical inquiry is broader than science because it includes non-evidence based approaches, such as logic or more broadly reason-based arguments. This is both the strength and the weakness of philosophy when compared to science: it is both broader and yet of course less prone to incremental discovery and precise answers. When someone, therefore, wants to make a scientific argument in favor of atheism — like Dawkins and Jerry Coyne seem to do — he is stepping outside of the epistemological boundaries of science, thereby doing a disservice both to science and to intellectual inquiry.

Coyne professes to be "baffled" by Pigliucci's point (a straight line I will piously pass over) and proceeds to say this:

[L]et's be clear about what atheism is. I'll call "weak sense atheism" the position that, I think, most atheists hold. It is this: "There is no convincing evidence for God, so I withhold belief." This can be further refined, as Dawkins does in The God Delusion, into the statement, "There could be lots of evidence for God, but none has appeared. Therefore I think it improbable that God exists." This is the stand that informs the atheist bus posters that read, in part, "There probably is no God."

The second form of disbelief, which I call "strong sense atheism," is the flat assertion, "I know there is no God." Note that this elides a bit into the "probably-no-God" position, depending on how strong you think the evidence is. The existence of suffering in the world, for example, convinces many, but not all, that there is not a beneficent God.

Okay. Coyne is free to try to define "atheism" in anyway he wants, though there is more than a little circularity lurking here. Atheism is "scientific" because it only accepts the same sort of "convincing" empiric evidence that science does. If so, then Coyne is right. If atheism is simply an application of the scientific "method" (whatever we may decide that is), then atheism is, tautologically, science. But is that the case?

So let's take weak-sense atheism (WSA) as the default stance. In its very weakest, "no-evidence-for-God" sense, WSA is absolutely scientific. After all, what is science but the claim that one needs empirical evidence before accepting something as a reality? When one says, "I see no evidence for a god, and therefore refuse to accept his/her/its reality," one is saying nothing different from, "I see no evidence for the view that plants have feelings, and therefore I don't accept the idea that they do."

What about the "probabilistic" form of WSA? That's equally scientific. If there could be evidence for a phenomenon, but repeated investigations fail to give that evidence, one becomes less willing to accept that phenomenon. In this sense, being a WSA is no different from making a perfectly scientific claim like this: "I think it pretty improbable that the Loch Ness monster exists." After all, if there were a giant reptile trapped in the Loch, presumably you could find it. And people have tried. They've looked underwater with cameras, hung around the lake trying to photograph it, and conducted sonar and satellite investigations. Nothing has turned up. In all probability, the Monster is a myth.

Based on these searches, is it then a "philosophical position" to say that it's highly unlikely that Nessie exists? I don't think so. It's an evidence-based position — in other words, a scientific one. Similarly, the god that many people believe in, who is said to be beneficent, answer prayers, heal the sick, come back from the dead, and the like, is contradicted by evidence: the failure of prayer and spiritual healing, the existence of inexplicable evil, and so on. There are a million ways that a theistic god could have shown itself to us Earthlings, but it hasn't happened.

Now, let us set aside the saying that "the absence of evidence is not evidence of absence." Is it true that simply because a scientist finds no "convincing evidence" for something, he or she is somehow duty bound to reject it or that it is "scientific" to do so? What if I were to hold up a glass of water and state: "If I don't see evidence of a neutrino hitting this glass of water in the next five minutes, I will conclude that it is very probable that neutrinos don't exist"? Would that be a "scientific" conclusion? Or does the absence of evidence have to be tied to a very specific and focused set of circumstances before I can even begin to take it as evidence of absence? In short, how do we determine the absence of "convincing evidence"?

Sure, it is easy enough to search Loch Ness for empiric evidence of a giant reptile ... after all, we have experience of reptiles and lakes and a set of empiric rules by which to locate one in the limited space of the other, especially if the former is "giant." But what would be the empiric evidence for a supernatural being (i.e. a being that is not subject to "natural" evidence) in a conceptually unlimited "reality"?

If we look for the "effects" of such a being -- arguably, "beneficence," "answering" of prayers, "healing" the sick, and the absence of "evil" -- how do we scientifically define those terms? What is the scientific metric by which we determine the existence of beneficence and/or evil and/or their absence? If there is none, then Coyne has already left the empiric boundaries of science and embarked on philosophy.

The "argument from evil" has long been a philosophical issue precisely because there is no empiric answer to it. Quite simply, Coyne's "evidence" for atheism -- the absence of "convincing evidence" for a god (out of an infinite set of possible gods, but leave that aside for the time being) -- is, itself, dependent on determining the motives and abilities of those gods. As Elliott Sober has already pointed out, that amounts to "simply inventing assumptions that help one defend one's pet theory" ... in Coyne's case, atheism ... which is hardly a scientific approach.

Coyne does get one thing right: he is no philosopher. One wonders, then, why he keeps insisting on proving it.

Coyne points to Russell Blackford's much more (almost by definition) nuanced response to Pigliucci's post that I may have something to say about once I have digested it more fully.
.
Link - Posted by John Pieret @ 2:49 PM

What's with the scare quotes? Are you trying to really annoy Jerry Coyne?

No, I'm not trying to annoy him ... that way. The scare quotes were to indicate that I don't think he is doing it right ... and to set up the scatological joke.

Besides, the argument from evil only holds for an omniscient and benevolent god. Doesn't say anything about a falible god, or just a vengeful Old Testament-style god.

Doesn't say anything about a falible god, or just a vengeful Old Testament-style god.

Yes, I think that goes, almost without saying. But it also goes for all those gods too "wimpy" for Coyne to take seriously ... another reason to doubt Coyne's "weak sense atheism." He seems to have no problem discounting, say, Karen Armstrong's god. It's hard to see how he does that if atheism is as restrictive as he claims.

Yeah, that part about nobody disbelieves in god in a "strong" way was really unconvincing.