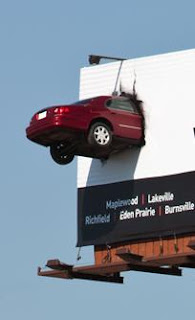 The fact that he is engaged in dueling metaphysics with the even more clue-challenged David Klinghoffer just adds to the sick fascination usually associated with rubbernecking terrible traffic accidents.

To start off with Coyne:

I've discussed before the contention that the bad-design argument is theological rather than scientific. And it is scientific. It's scientific in the sense that that kind of bad design is evidence in favor of evolution and against several competing hypothesis. One is that a divine being designed organisms so that they're perfect.

Really? So divine design of organisms is a scientific hypothesis? Otherwise, how is an argument against it in any sense "scientific"? Coyne's claim is nothing more than a mirror image of the arguments for ID -- take some fact about the world and draw a conclusion based on that fact to argue for a metaphysical position. And if ID, then, is scientific, even if its backers concede that the "Designer" is God ... just bad science, then the Establishment Clause of the Constitution, since it doesn't ban bad science in public schools, does not prevent the government teaching of ID as true.

I won't float an argument from consequences here -- maybe Coyne is right and divine design is a perfectly respectable scientific argument -- but we have at least to consider why so many scientists would disagree.

But how well does the logic of the "bad design" argument hold up? Elliot Sober has pointed out that it doesn't do well at all. It requires that the proponent assert the motive of the God in any particular design ... as Coyne does by asserting that he/she/it would favor "perfect" design (as decided by who? ... Coyne? ... he's perfect?).

Now, I'll certainly grant that "imperfect" design is well explained by evolution. Along with the positive evidence for evolution, it definitely is no impediment to accepting evolution and, in that sense, "supports" evolution. But, as supposedly "scientific" evidence against theism, it is not unlike the fact that the sun appears to rise in the east, travels across the sky and sets in the west. That has been explained by the sun orbiting the Earth or by the Earth orbiting the sun while turning on its axis. There may even be nuances in the way that the sun rises, travels and sets that favors, somewhat, the latter proposition. But to declare the fact of there being a sunrise and sunset is "scientific evidence" for heliocentrism and against geocentrism is, at the very least, a misrepresentation of the claims, since both propositions accommodate the same evidence.

And, then, there is serious question begging:

[I]f life was made by a god, it must have been a certain kind of god: one who designed creators to make us think that they had evolved.

In other words, since Coyne assumes that what he labels as "bad design" is evidence for evolution, any "bad" design must be intended to convince us of the truth of evolution. Such tight circles are likely to result in disappearance up one's own ass.

Dealing with Klinghoffer is much easier. Coyne, for once, is right:

It always mystifies me that people who claim that God works in mysterious ways are nevertheless so certain about his motives.

In for a penny, in for a pound. If God's motives are inscrutable, they are inscrutable. Any attempt to explain them, biblically or otherwise, means your claims to rationality and science... as in the airs adopted by ID ... are bogus. Coyne may be wrong in this particular but, at least, he is up front about what he believes.

Pick a ground on which you want to stand, David. Until then, any honest person will view you as a dissembler.
.
Link - Posted by John Pieret @ 6:54 AM

Comments:
Sigh. Thank you for reading them so I don't have to.

It's a dirty job but somebody's got to do it.