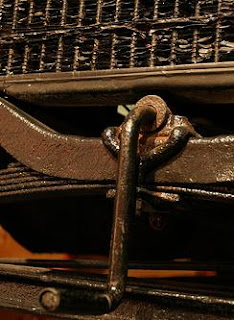 ... told students at Spartanburg Christian Academy on Wednesday to heed what they learned in school because soon they would be on the "front lines" of an ideological battle.

"It is, in many respects, a war," said Santorum, who is thinking about seeking the 2012 Republican presidential nomination.

"Not a war that's fought with guns. But it's a war of ideas. It's a war for the heart and soul of America.

"Who are we? And what are we to become? And that war is on many, many fronts. That war is on popular culture, on our movies and television programs and music and entertainment videos.

"The war is in academia, in colleges and universities and now -- increasingly -- in primary and secondary schools. And the war is against people who have an ideology -- a secular ideology, a relativistic, materialistic ideology -- which denies the existence of truth, which denies the existence of a creator and a foundation upon which to build and to seek those truths."

Santorum argued that scientific facts taught in school were simply the beliefs of a secular culture that dismissed the Christian worldview.

So, science is anti-Christian and vice versa? If "Christianity" (by which Santorum doubtless means his own, rather constipated version) is incompatible with science, so much the worse for Christianity, given that whatever wealth and security the world has to offer will more and more go to those who master science. I wonder if Santorum understands or cares that, if those children listen to him and take his advice to heart, he is condemning them and their descendants and, perhaps, the country they live in, to poverty and weakness.

He probably neither thinks nor cares, based on his taking "Climategate" as (in The Sensuous Curmudgeon's excellent phrase) the "vindication of all kooks," a corollary of "crank magnetism":

And he talked about the recent admission that some scientists, in his words, "fudged" data to support theories of climate change -- often referred to as Climategate.

Of course, scientists did no such thing. But the important point is that Santorum is saying that truth is not the sole criteria by which those children should judge science but it also depends on whether or not it conflicts with their faith.

If their faith is such a fragile thing, it may not be worth holding on to.

"Other religious worldviews tend to see the earth as the product of blind chance over time and therefore very fragile and subject to being knocked into catastrophe by minor influences," Beisner said.

"But that isn't the proper inference from a biblical worldview, which says that the earth is instead the product of God's intelligent design and is sustained by His omnipotent faithfulness. From that we should infer that earth itself with its various ecosystems and its climate system is robust, self-regulating, self-correcting and admirably suited for human flourishing."

In short, a particular interpretation of the Bible should take precedence over science when determining what policy to adopt about empiric facts of the world. Fortunately, not all conservative Christians are so insane, as shown in this Op-Ed also from the Baptist Press, "Is ‘Climategate’ a crisis of faith?".
.
Link - Posted by John Pieret @ 12:21 PM

I think Santorum's anti-science stance helped him to lose his Senate seat a few years ago--it was certainly one of the reasons I voted against him.