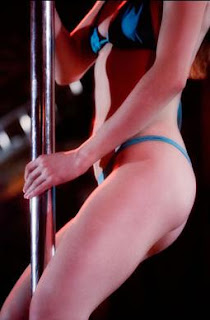 I never heard of S.E. Cupp before today.

She is apparently aspiring to take Ann Coulter’s spot in the wet dreams of the looney right and, while she is certainly prettier than Coulter, she shows no sign of being any brighter or more honest.

Josh Rosenau has a gig over at the Washington Post’s “Political Bookworm” column of Steve Levingston dismantling Cupp’s attempt to use the science of evolution as an example of a “revolution” by the American media, “with careful, covert nudges from the Obama administration,” that is “being waged against you and me and every other American, and its goal is simple: to overthrow God, and silence Christian America for good.”

The funny thing is, if Wikipedia is right, she is an avowed atheist herself. It’s also funny that she thinks her degree in Art History makes her qualified to judge the science of evolution.

Just another intellectual stripper trying to tantalize money out of the pockets of political hicks.

Update: Josh expands on his piece at his blog, Thoughts From Kansas.
.
Link - Posted by John Pieret @ 1:26 PM

With the Peasies and Coynes having fits of apoplexy over 'accomodationist' atheists, I won't be surprised to see heads exploding at SE Cupp's betrayal.

(The puns were bound to start sooner or later. Best get them out of the way now)

As she is defending deism she is obviously a D Cupp!

I think that's an insult to real strippers.