How Many Bends Does That Make? 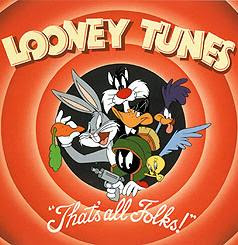 Orly Taitz has sailed 'round another bend.

In case you haven't been following the trials and tribulations of everyone's favorite dentist/lawyer/delusional birther, here's a brief recap, courtesy of Ed Brayton:

Taitz has been filing frivolous lawsuits on behalf of various parties, including soldiers who don't want to put their butts in harm's way and, therefore, claim they can't be deployed to Iraq by Obama because he's not legitimately the commander-in-chief. A Federal judge in Georgia, Judge Clay Land, a Bush appointee, had had enough and told her to knock it off.

Being delusional, Taitz couldn't help herself and continued to file crap in Judge Land's court and he sanctioned her $20,000 for frivolous conduct.

The 11th Circuit Court of Appeals upheld the sanctions.

And then she appealed to the Supreme Court, asking Justice Thomas for an emergency stay of the enforcement of the sanctions ... because, if she can be sanctioned, FEMA will be opening Gulags the next day.

Taitz filed a motion to Justice Roberts to confirm that Justice Thomas really signed the order.

On Saturday July 17, 2010 Taitz started getting comments on her website from some Obama supporters gloating about the fact that Justice Thomas dismissed her application. Originally, Taitz dismissed those as a dumb joke, but as those comments continued, she checked the electronic docket of the Supreme Court and to her amazement found, that somebody made a new entry on Saturday July 17, 2010, and backdated it for Thursday the 15th of July, stating that Justice Thomas dismissed her application.

On Saturday the court was closed, Justices and clerks were not there, therefore the applicant has reasonable belief and suspicion, that above entry was not authorized.

There appears to be a pattern of docket entries made or deletions of entries from the docket done when the Supreme Court is closed.

Which leads off into another fantasy about other birther cases being "disappeared." Naturally, the Supreme Court may just have an outside firm taking care of the maintenance of its website and entry of data, whose employees don't enjoy judge's hours.

Of course, she could just go the Supreme Court and check the paper file.

Comments:
How can this woman be a lawyer, let alone a dentist? There is usually far too much thought involved in becoming either of these things for Ms. Taitz to have qualified.

My only guess is that that something happened to drive her delusional after she got her licenses.