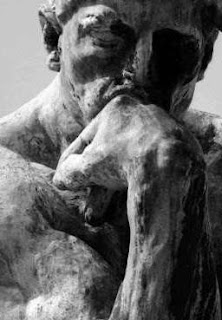 Jerry Coyne is "doing" philosophy again ... with the usual results:

Giberson is just playing a word game here to avoid tackling the real question, the question that I broached in our debate—science and faith are philosophically incompatible. Accommodationists pretend that these are equally valid "ways of knowing", but they actually differ radically in how they attain this "knowledge" (I'd claim that faith produces no knowledge at all), and in how they buttress it when answering the questions, "What's the evidence for what I think is true?" and "How would I know I was wrong?" There are many religions, all making incompatible assertions about what is true, but there is only one science.

I've belabored these points ad nauseam here and elsewhere, but accommodationists like Giberson won't deal with them, despite my having explicitly defined what I mean by "compatibility."

Coyne gives an "example" of what he means:

A religious scientist functions routinely as a "naturalist" in the lab, perhaps looking for the gene that causes Alzheimer's. While doing this, he refuses to accept any conclusion that isn't supported by data. One of his students wants a particular gene to be involved, since he's working on it, but the r.s. tells him that wish-thinking isn't enough. There have to be hard data—perhaps through association studies—that can either implicate that gene or rule it out. On Sunday this scientist goes to church, where he prays for the health of his mother, assuming against all evidence that someone Up There hears his prayer and is kindly disposed to answer it. He has a sip of wine and eats a cracker, assuming without evidence that these substances have been magically transformed into Jesus's blood and body before consumption. Later on, he goes into a little booth and tells a hidden priest that he masturbated twice during the week. He believes, without evidence, that if he doesn't confess to this diddling he'll be immolated for all eternity in molten sulfur.

Quite apart from the rather crude caricature of what liberal theists believe, note that Coyne is insisting that, in order to be a consistent scientist, one must be a philosophical, i.e. metaphysical, naturalist. One wonders how Coyne would justify his metaphysical belief that naturalism is true based on evidence. If he cannot, then he is being every bit as "inconsistent" as the scientist who is a theist.

Before we get the tired argument that naturalism is evidenced by the fact that we have never found evidence for supernaturalism, note that Coyne is insisting that the only evidence worth examining is evidence that assumes naturalism. In short, he's running afoul of the circular reasoning that Hume pointed out 200+ years ago. The induction that natural causes explain everything is, itself, an induction and cannot justify its own method except through circular reasoning.

It's strange, but I've been teaching evolution for nearly thirty years, and I've never claimed in class—though I do believe it—that anything worth knowing and sharing about the world must be found out and verified by reason and empirical examination. Nor have I seen any other teachers of evolution bring up the issue.

The question is why? If he really believes that you cannot be consistently scientific unless you are a metaphysical naturalist, why, in the course of teaching aspiring scientists, isn't he teaching them that? Is he taking his money under false pretenses? Surely, if a student said that you didn't need evidence to do science he's correct them. Why isn't he correcting them as to the need to be a metaphysical naturalist?

Perhaps it is because he is grudgingly admitting, sub rosa, that science is not dependent on metaphysical naturalism. Then, of course, the question becomes: if science is not dependent on metaphysical naturalism, how is theism "incompatible" with science, instead of merely being inconsistent with Coyne's metaphysical beliefs? If, on the other hand, as at least some of us "accommodationists" have been saying, science is a method, instead of a weltanschauung, then the fact that many good and even great scientists have been and are theists is simply explained.

Comments:
John, I have to say that I enjoy reading your posts on issues like this, and I also have to say that you probably show more integrity than anyone else in the science-related blogosphere.

I'm certainly not sure about that but I try. Thanks.

Integrity? Integrity? 'Catshark Pieret' ain't in it for the integrity. He's just angling for some of those Templeton millions! Why else would anyone reject scientism!

I deeply resemble that remark!

I am so stealing that!