Of Sneaks and Creationism 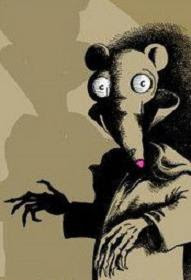 Smarting from being roughed up by Lauri Lebo, David Klinghoffer resorts to that he knows best: obfuscation and cheap rhetorical tricks.

Responding to Lebo having pointed out that:

No matter how many times they deny it, intelligent design relies on the supernatural. They can hide it in the passive voice all they want, but when you talk about an "intelligent cause" you are talking about a creator. And that makes it (wait for it) creationism.

... Klinghoffer, after denying that the intelligent cause "must be supernatural in the sense we normally give to that word" (and just who is that "we," anyway?), goes on to say:

[E]ven if the definition did speak of a "supernatural intelligent cause," ID would not be relying on the supernatural but arguing for it.

But as a thought experiment, imagine that ID really did identify the "intelligent cause" as a deity, a creator. Would that make it "creationism"?

No, not unless you are in the habit of buying lame arguments based on tenuous verbal comparisons. Words have meanings. "Creationism" is a useful word to designate the claim of scientific evidence for a literal reading of Genesis, from the creation story to Noah's flood. ID not only does not provide proof for a literalist Biblical theology. It goes head-on against such a theology on major points.

So even if ID spoke of a deity, what would support Ms. Lebo's application to intelligent design of the scare word "creationism"? Nothing, if you understand that we use different words to denote different things precisely to avoid confusion of the kind Ms. Lebo has fallen into. Dear Lauri Lebo, the fact that some people have used the same word in different contexts does not prove that everything so designated is the same.

The excruciating irony of this is that Klinghoffer starts off by calling Lebo a "conspiracy theorist." As Wikipedia notes, "conspiracy theory" is a term "used almost exclusively to refer to any fringe theory which explains an historical or current event as the result of a secret plot by conspirators of almost superhuman power and cunning." But can the identification of ID with creationism be called a "fringe theory" when a conservative Republican judge, after taking weeks of evidence, came to the same conclusion? As Judge John E. Jones III found in the Kitzmiller case:

The overwhelming evidence at trial established that ID is a religious view, a mere re-labeling of creationism, and not a scientific theory.

What was that about "lame arguments based on tenuous verbal comparisons," David?

Arguing for a supernatural "Designer" responsible for the existence of life, the universe and everything is, by any definition, "creationism," just as Judge Jones found:

An objective observer would know that ID and teaching about "gaps" and "problems" in evolutionary theory are creationist, religious strategies that evolved from earlier forms of creationism.

Klinghoffer tries his best to defuse Lebo's recounting of William Dembski's statement that "intelligent design is just the Logos theology of John's Gospel restated in the idiom of information theory," by saying that Lebo ignores Dembski's "consistent statements about why intelligent design is not creationism." The problem here is, as the Supreme Court found in Edwards v. Aguillard, statements of secular purpose must "be sincere and not a sham." After all the lying, all the subterfuge ("cdesign proponentsists," anyone?) and the cheap semantic tricks, such as Klinghoffer's, why would anyone believe the denials of Dembski or any of the other Discovery Institute drones?

Of course, if David is so sensitive about the supposed differences between ID and biblical creationism, we'll be happy to call them "Intelligent Design creationists." ... Oh, wait! They don't much like that either, do they?
.
Link - Posted by John Pieret @ 11:49 PM

A science that on a priori grounds refuses to consider the possibility of unembodied designers artificially limits what it can discover.

Even the a priori claim is undercut by their eagerness to point out the mixture of theology and religion that some early scientists, like Newton, effected.

Of course we rule out causes that haven't been and can't be shown to exist (even if they do). Dembski's definitely arguing "from the supernatural," since there is nothing in science that gives us any excuse for invoking the supernatural.

Meyer's book follows about the same line, complaining that the intelligent design that theists like Newton would invoke (that is, theistic "design")--and which also failed to explain anything at all, unlike his use of "natural causes"--and simply supposing that causes not known to exist when life arose may be simply and properly invoked to "explain" it.

Btw, here's a link to an interview where Stephen Meyer is quite explicit that not only is the designer "God," but a personal "God" as well:

"Creationism" is a useful word to designate the claim of scientific evidence for a literal reading of Genesis, from the creation story to Noah's flood.

That is Young Earth Creationism. (Well, actually, YEC doesn't always claim that there is scientific evidence, and sometimes doesn't concern itself about Noah's Flood, but let's not quibble.)

To distinguish it from Old Earth Creationism and other varieties of creationism.

Thanks for the link, Glen.

Of course, they want to limit "creationism" to YEC because that was what Edwards specifically outlawed. They're like some five year old, caught with her hand in the cookie jar, saying "but you did't say I couldn't have two cookies before dinner!"

I was particularly fascinated by this statement, which should be interesting to those YECs who support the efforts of the Discovery Institute:

I think it's something along the lines of "it's wrong to lie."

Perhaps some would think of Mark 14:68

"But he denied, saying, I know not, neither understand I what thou sayest."