It's Not Easy Being 'Tween 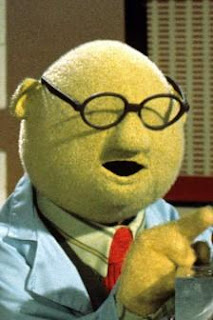 PZ Myearshertz has already noticed that Wild Bill Dembski has admitted to being a "biblical inerrantist" and takes that to mean that Dembski believes "his god actually created the earth in 6 days." Jack Krebs, at The Panda’s Thumb, and Lauri Lebo at Religion Dispatches, based on a more complete source than PZ's, namely an article in the Florida Baptist Witness, have come to similar conclusions.

Not quite, I think.

The whole thing arose in connection with Dembski's book, The End of Christianity, in which he attempts to reconcile the notion that the universe is billions of years old, (as supported by scientific evidence so strong, according to Dembski, as to convince him, despite his druthers, to accept an old Earth) with a belief in the recent creation of humans and a recent "Fall" as the origin of evil in the world. As he said in his book:

For science to trump the most natural reading of Genesis and the overwhelming consensus of theologians up through the Reformation, either science has discovered momentous new truths or science has gone massively awry. In either case, science has raised a crucial challenge to young-earth creationism.

Dembski's rather strange answer is that the Fall had "retroactive" effect ... that is, in "God's time," the original creation was perfect and suffering-free but that, because of the Fall, it was made to suffer from the beginning but that Adam and Eve were then put in a little segregated area (the Garden) that was perfect and free from the Fall so they could then go about creating the Fall. If that hasn't made your head explode, you'll be readily able to see that Dembski is desperate to cling to some semblance of science.

Then, Tom Nettles, professor of Historical Theology at Southern Seminary in Louisville, Kentucky, published a review of Dembski's book in The Southern Baptist Journal of Theology. This caused Dembski to be called on the carpet by his employers, particularly over a section of the book that said:

Noah’s flood, though presented as a global event, is probably best understood as historically rooted in a local event.

He was shown the instruments of torture ... err ... threatened with dismissal ... and recanted, confessing his ignorance of the Bible and stating that "[a]s a biblical inerrantist, I believe that what the Bible teaches is true and bow to the text, including its teaching about the Flood and its universality," though we don't know if he went away muttering "E pur si è locale."

But then his employers published a "defense" of Dembski, by David Allen, Dean of Southwestern's School of Theology, where they specifically admit that old-Earth creationism is "a legitimate position simpatico with the parameters of the Baptist Faith and Message."

So, he has not necessarily abandoned old-Earthism. But it must be galling, when the evidence against a universal flood is every bit as "strong" as that for an ancient universe, to be made to recant the one, even if he was allowed to keep the rag of the other.

But he had practice at such two-faced belief, having to shelter his more anti-science students with what he calls "pessimistic induction," according to which, one is justified being skeptical of any scientific claim because "most scientific claims of the past have had to be radically revised or jettisoned." Which makes you wonder, if he really believes that, why he would think any scientific evidence was "so strong" as to command his belief.

There is much that is funny in the "defense," not least of all this from Allen:

While Dembski struggles with wearing both the theologian's robe and the scientist's lab coat (Who among us doesn't?), he is clearly committed to the proposition that science cannot trump the Bible.

Not only has Dembski never been near a lab coat, but for Allen, who gleefully admits admits to being a YEC, to include himself in those who are both theologians and scientists is certainly giggle material.

But, surely, nothing is funnier than this from the nearly-Expelled Dembski himself:

Unfortunately, scientific research can be suitably slanted to support just about anything.

From someone who has devoted his entire "career" to doing just that, "irony" is simply not a sufficient word.
.

Comments:
Quote: ..."pessimistic induction," according to which, one is justified being skeptical of any scientific claim because "most scientific claims of the past have had to be radically revised or jettisoned."

Absurd. Ptolemy was wrong about planetary movements. So was Copernicus. But, to paraphrase Asimov, to think that they are both equally wrong is to be wronger than both of them put together.

Just went and read the whole damned thread at PT, which I weighed in on fairly early. In later comments, Jack concedes the evidence does not support Dembski having become a YEC. D's statement looks consistent to me with at least some OEC "literalist" positions (however incoherent those positions may be, as compared to the real world ;-)). In fact, it smacks of that delightful vagueness much used by politicians to allow the maximum diversity of readers to get the impression that the speaker actually agreess with them.

No doubt a student of the Lord Dorwin school of diplomacy.