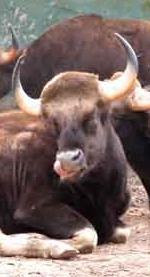 Okay, I seem to have set off a mini-contretemps.

Massimo Pigliucci noticed my snide and more than a little tongue-in-cheek comment about Jerry Coyne:

I also have to point out that the mere fact that some "serious philosophers" happen to converge on something similar to one of Coyne's opinions doesn't mean his philosophy isn't still primitive.

Nice, Massimo - and you wonder why anyone thinks you have a vendetta against Coyne.

Ophelia, one more time: I have no "vendetta." I just think Jerry speaks about thing that he doesn't understand, and apparently I'm not the only one to hold that opinion.

Massimo, one more time, if you keep harping on Jerry in this arbitrary and obsessive way, it looks exactly like a vendetta.

Well, I have two questions:

Why the emotionally-charged word "vendetta"?

Surely, within a community of "rationalists," even serial disagreements are nothing more than the give-and-take of people who are honestly engaging in a rational manner ... right?

If not, then what are we to make about Coyne's multiple posts about "Uncle Karl" Giberson? Is he engaged in a "vendetta" that we can ignore (because of a label that can be thrown around so easily)? If Pigliucci's criticism of Coyne can be dismissed because he criticizes Coyne often, then so can Coyne's criticism of Giberson.

If that's not Benson's point, then maybe she should get her ox to the vet, since it has been so badly gored.
.
Link - Posted by John Pieret @ 10:14 PM

Comments:
I'm afraid you're overlooking a rather important distinction. The incompatiblists are motivated by the noble passions of truth and justice. The accomodationists are just trying to get in the good graces of the Templeton Foundation, by writing what they think it wants to hear (and which they don't, themselves, actually believe.) You are comparing apples and oranges.

Ah! I should have consulted Ophelia, et al. about true apples and false oranges before I questioned the definition of each. If I had done so I would not have have risked running afoul of the Society for the Propagation of the Faithless.

I think Benson is stretching it call it a "vendetta" but I think Coyne and Pigliucci or you and Coyne could get a pretty good feud going if you tried.

I'm all confused now. What are we to make of Ophelia's "crusade" against a certain accomodationist science author and blogger?

I'd have a tough time having a "feud" with anyone. I wouldn't care enough about people who were bad enough to have a feud with to sustain on ongoing engagement with them. The reason I keep on about Coyne is that he is a good, if not great, scientist who, nonetheless, keeps saying silly things about subjects outside his area of expertise. If he wasn't so otherwise intelligent and important a scientist, I'd just lose interest. I really hope that people pointing out his errors will have an effect.

“The reason I keep on about Coyne is that he is a good, if not great, scientist ...”

He’s also an excellent communicator of science, when he sticks to science. WEIT is a brilliant book and, ironically, much less confrontational than some, such as Donald Prothero’s excellent ‘Evolution: What the Fossils Say and Why It Matters’.

“I really hope that people pointing out his errors will have an effect.”

I doubt it can at this point. His echo chamber at WEIT and the evident contempt with which he views anyone who differs from him should provide sufficient armour that contrary views can’t penetrate.

Are you sure that's an ox being gored? Looks more like a gnu to me.