Putting God to the Test 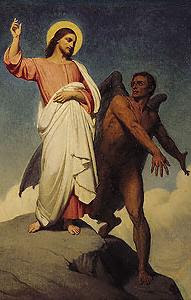 Casey Luskin, gofer general of the Discovery Institute, has produced another of his dreadful screeds, this time on the supposed "testability" of Intelligent Design. I saw it last night and, even at a quick glance, could see that it was going to involve quote mining, much obfuscation, logical fallacies and all the rest of Casey's usual toolkit.

Frankly, I simply could not steel myself to go over it in detail or to endure the painful facepalms it would doubtless invoke.

Fortunately, John Farrell is made of sterner stuff and not only did he do "drivel duty" but got the main victim of Casey's maladministrations, Mark McPeek, the David T. Mclaughlin Distinguished Professor of Biology at Darmouth College, to respond to Casey.

John's article is worth the read on its own but I particularly liked McPeek's response to Casey's claim that the fact that "[s]imilar parts are commonly found in widely different organisms [and are] not distributed in a manner predicted by ancestry, and are often found in clearly unrelated organisms" can be explained by ID but not by evolutionary theory. McPeek explains:

[Luskin] is interpreting examples of parallel and convergent evolution as evidence that the designer solves the same problem the same way in different organisms. I think the point there is that if organisms are random collections of traits, more closely related taxa should be more similar, and so therefore things that are far apart phylogenetically must be more different. Thus, when they aren’t, that is de facto proof of design.

Of course, Casey is deliberately ignoring the fact that evolutionary science has proposed and tested the power of natural selection to result in adaptation, a fact that even the rankest young-Earth creationists have admitted. It can hardly be said it cannot explain similar adaptations in organisms that are competing in similar environments for similar ecological niches. A water dwelling mammal, needing to swim fast, is likely to develop a streamlined shape, similar to fish, for example. As McPeek points out:

This is exactly the issue of testability. On this specific point, ID and evolution make exactly the same predictions. However, the mechanisms of evolution that produce this outcome are (and have been) imminently testable and tested, and so are legitimate mechanisms to postulate as an explanation. I’d have to know what mechanisms the creator was using to produce that outcome and see if I can replicate those mechanisms.

Sure, a "Designer" that IDers resolutely refuse to posit any limit to -- even calling the identity and, therefore, his/her/its abilities and motives, "a strictly theological question" -- can explain anything ... and, therefore, nothing.

Casey is free to have his theological beliefs but he and the rest of the IDers have to do much more to make those beliefs empirically testable and scientific.

On this specific point, ID and evolution make exactly the same predictions.

What I have never been able to decide is whether Luskin and his ilk are genuinely ignorant about various aspects of evolutionary theory or whether they are knowingly misrepresenting it just to score propaganda points. In other words, are they out-and-out liars or just plain dumb?

It might be more correct to say that it "retrodicts" that similar traits in "unrelated" organisms are the result of "common design," instead of common descent.

"In other words, are they out-and-out liars or just plain dumb?"

Why can't they be both?

That's actually my view. If they weren't dumb, they'd be much better liars, but their lies are usually easy to explode.

It is a striking difference between creationists like Luskin and folk who are honestly interested in the science. The former never contact a scientist whose paper they're going to write about while the latter regularly do.

Thanks again, John, for doing the "dirty work."