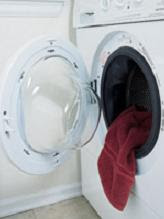 Ya gotta love this:

Todd Thomas is pastor of Timberville Church of the Nazarene in or around Harrisonburg, Virginia. He writes to complain about an earlier letter. Mr. Thomas suffers the typical creationist failure of imagination:

Mutations do not support Darwin's theory of evolution. Mutations cause changes within a biological organism, yet these mutations never cause one species to mutate into a new species. The cumulative effect of mutation may cause dramatic changes, even death or extinction. But those changes cannot transform a reptile into a bird.

Of course, it is not explained why "dramatic changes" in reptiles don't amount to "birds." But that isn't the fun part:

Mr. Holzner's claim that the Bible encouraged incest is unfounded. Cain's marriage to his sister was a biological necessity, which is something quite different than "encouraging" incest. Chapter 18 in the Old Testament book of Leviticus expressly forbids any type of incest.

Wait a minute! God was restricted by "biological necessity"?

But this is my favorite!:

The Old Testament ban on clothing of mixed fabric is simply explained as well. Wool required one type of laundering, linen another. A garment that mixed wool and linen could not be sufficiently laundered with their primitive methods.

Comments:
Cain's marriage to his sister was a biological necessity, which is something quite different than "encouraging" incest.

So omnipotence stops short at creating a viable breeding population?

Maybe that explains the missing population. God did creation on the wrong cycle and they all went down the same black hole as the missing socks.

Apropos nothing in this post, but it's the latest one, I found it amusing that a guest blogger at WEIT, joined in by Jerry Coyne, is singing the praises of Theodosius Dobzhansky, which is pretty funny considering that if you read other posts at WEIT, you'd have to conclude Dobzhansky was shite as a scientist.