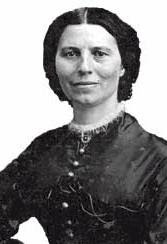 I haven't posted in a while because of the demands of work and the distractions of a comment thread that has grown to unusual (for my poor blog) length.

One commenter there stated that "I don't respect anyone who calls himself a [particular religious faith]." I think it's clear that s/he would say the same about any follower of any organized religion.

I have to explain my own experience first.

When my wife of 31 years, Shirley, was first diagnosed with cancer, she stayed, while I was away at work, with the people for whose son she had been babysitting for several years. When the chemotherapy made her too weak for them to care for her, we put her in the hospital.

On Christmas Eve 2008, Shirley decided that she didn't want any further treatment and, instead, wanted to live out what time she had left with as much quality as possible, rather than just quantity. The friends who had been taking care of her in my absence stated that they could no longer do so ... a totally understandable decision under their circumstances.

I was lucky to have a job that provided insurance that included some hospice care. (Why there isn't universal coverage for such care is another matter!)

But that coverage only paid for 4 hours of care a day. Between my job (and I have to say my bosses were most kind about forgiving time I took to care for Shirley) and the travel time to and from my job, there was least 10-12 hours that Shirley would need to be taken care of a day. It was clear that I could not take care of her myself and would have to put her in some place (such as a VA hospital ... since she was a veteran), where the "quality" of her remaining days would hardly have been a high priority.

The daughter of other friends of ours, who I'll call "Margaret," is a physician's assistant. We had asked her to help with the hospitals and doctors when Shirley first became ill and she was wonderful, terrorizing the medical staff to the point that there was nothing they wouldn't do for Shirley.

But Margaret was, in fact, nothing more than an acquaintance ... the daughter of some friends ... and, in fact, both Shirley and I had, to our shame, made fun of her as a "type A personality" who was too controlling.

When I called Margaret concerning my dilemma about what to do with Shirley, she didn't hesitate and, almost literally, kidnapped Shirley from the hospital the day after Christmas and had her taken to her own house.

She arranged for a hospital bed and all the other of Shirley's medical needs to be installed in a spare room of her home. Being that it was only about a half hour from my job, I could be there most evenings and weekends and frequently stayed the night. Thus, Margaret let two strangers invade her home.

Margaret found a wonderful woman (thanks, Pat!) to (at a rate we could afford) care for Shirley for four hours a day. Margaret scheduled and dealt with the hospice people who cared for Shirley another four hours. And, because of her work schedule, Margaret took care of Shirley the rest of the afternoon until I could get there. Trust me, this is only the briefest sketch of what Margaret did for us.

This went on for an entire year, until Shirley's death on New Year's Eve, 2009.

Margaret also happens to be a deacon at an evangelical Christian church. Shirley was an avowed atheist and I am, as people here know, an agnostic. While Margaret offered to arrange for "spiritual counseling" for Shirley, when that was refused, it was completely dropped. Margaret managed most of Shirley's care for that year but she did not try to control Shirley's, or my, life.

For an entire year, Margaret disrupted her life, and that of her pre-teenage daughter, for an acquaintance. But she never complained. She never became testy (even though Shirley and I sometimes did). She never demanded that we conform to her beliefs. She was the closest thing I ever expect to see in my life to a "saint" ... an admittedly flawed human being who, nonetheless, did good for others far beyond what the vast, vast, majority of people would be willing to do.

If you can't "respect" such a person, then you are a bigot.

Comments:
Thank you for this. People like Margaret are in part why this former atheist became a

And they are everywhere. I was shocked at how many people like Margaret I ended up meeting. I know people who have adopted children, given away fortunes, cared for others they hardly knew at significant personal cost to themselves. They rarely make the news, though.

And I shall always remember the picture of Shirley you posted here -- she was sticking out her tongue, and I was struck by the great intelligence and merriment I saw in her eyes. She must have been a remarkable person. I am so glad she was able to spend her remaining days in what sounds like the quality environment she was looking for. That is, I think, whatever metaphysics one holds, a blessing.

"One commenter there stated that "I don't respect anyone who calls himself a [particular religious faith]." I think it's clear that s/he would say the same about any follower of any organized religion."

I'm inclined to think that is a throwaway line, something that is easy to say about someone you don't know, but not as easy when applied to someone that you do know.

Respect is complex and multidimensional. We can respect a person for some things, while disagreeing with them on others.

I'm inclined to think that is a throwaway line

The person who made the comment has admitted it was wrong and I am sure s/he was sincere in doing so.

I suspect that if you say the word 'religion' or believer to many (though not all) Gnu Atheists, the fist image that comes to mind is something like Fred Phelps and his merry band or at least the less savory elements of evangelical Protestantism. It's unlikely to be someone like Margaret. Yet she is as much what religion is about as any of the others.

Margaret deserves our respect because of what she did not for what she believed. People can believe anything they like in the privacy of their own thoughts but it is what they do that makes the world a better or worse place for their fellow humans. Margaret made the world a better place for you and your wife. She didn't have to do that but she did. She could have been one of those Christians who amass great personal wealth and power by preaching Christian virtues to the rest of us. Margaret, by virtue of her example, brings far more credit to her faith that all the pious words of those others.

Some of my best friends are religious.

Some of my best friends are religious.

Thanks for the real life version of the good samaritan parable. Perhaps it will advance the notion that theists and non-theists can recognize our common, mundane humanity.

That conforms exactly with my experience and views. And my greatest sympathies, John.

Thanks for this post, John. Beautiful, intimate, and on point. Thanks again.

BTW, pew sitter, intelligence and merriment were the very things that made me love her.


It is great to have visited your website. Thanks for sharing useful information. And also visit my website about health. God willing it will be useful too