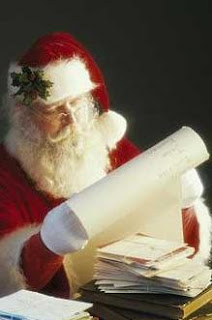 Via Dana Hunter, here's another of those "Top 100" lists, this time for science fiction and fantasy novels, as voted by listeners to National Public Radio.

There are the usual objections. Why are 1984 and Animal Farm on a list of sci-fi/fantasy books? Why do so many people hate Robert Heinlein enough to vote for his awful political rant, Starship Troopers, that has none of the charm of his juveniles nor the sweep of his other political rants, such as Stranger in a Strange Land? The Lord Of The Rings? ... of course! The Silmarillion ... ?!?!? The Left Hand Of Darkness at only 45?

And this was winnowed down from a list of "finalists" vetted by a "NPR Science Fiction and Fantasy Panel." But, still, the finalists included Battlefield Earth, by L. Ron Hubbard! What's up with that?

Anyway, here's the list with the ones I've read in bold. Some book series are named as series, while others are only represented by one book. I've indicated where I've read some but not all of a series (for example, Dune's fictional world was fresh and deeply involving but Herbert was never able to sustain it).

1. The Lord Of The Rings Trilogy, by J.R.R. Tolkien
2. The Hitchhiker's Guide To The Galaxy, by Douglas Adams
3. Ender's Game, by Orson Scott Card
4. The Dune Chronicles, by Frank Herbert [Dune and one or two others]
5. A Song Of Ice And Fire Series, by George R. R. Martin
6. 1984, by George Orwell
7. Fahrenheit 451, by Ray Bradbury
8. The Foundation Trilogy, by Isaac Asimov
9. Brave New World, by Aldous Huxley
10. American Gods, by Neil Gaiman
11. The Princess Bride, by William Goldman
12. The Wheel Of Time Series, by Robert Jordan
13. Animal Farm, by George Orwell
14. Neuromancer, by William Gibson
15. Watchmen, by Alan Moore
16. I, Robot, by Isaac Asimov
17. Stranger In A Strange Land, by Robert Heinlein
18. The Kingkiller Chronicles, by Patrick Rothfuss
19. Slaughterhouse-Five, by Kurt Vonnegut
20. Frankenstein, by Mary Shelley
21. Do Androids Dream Of Electric Sheep?, by Philip K. Dick
22. The Handmaid's Tale, by Margaret Atwood
23. The Dark Tower Series, by Stephen King
24. 2001: A Space Odyssey, by Arthur C. Clarke
25. The Stand, by Stephen King
26. Snow Crash, by Neal Stephenson
27. The Martian Chronicles, by Ray Bradbury
28. Cat's Cradle, by Kurt Vonnegut
29. The Sandman Series, by Neil Gaiman
30. A Clockwork Orange, by Anthony Burgess
31. Starship Troopers, by Robert Heinlein [Phah!]
32. Watership Down, by Richard Adams
33. Dragonflight, by Anne McCaffrey
34. The Moon Is A Harsh Mistress, by Robert Heinlein
35. A Canticle For Leibowitz, by Walter M. Miller
36. The Time Machine, by H.G. Wells
37. 20,000 Leagues Under The Sea, by Jules Verne
38. Flowers For Algernon, by Daniel Keys
39. The War Of The Worlds, by H.G. Wells
40. The Chronicles Of Amber, by Roger Zelazny
41. The Belgariad, by David Eddings
42. The Mists Of Avalon, by Marion Zimmer Bradley
43. The Mistborn Series, by Brandon Sanderson
44. Ringworld, by Larry Niven
45. The Left Hand Of Darkness, by Ursula K. LeGuin
46. The Silmarillion, by J.R.R. Tolkien
47. The Once And Future King, by T.H. White
48. Neverwhere, by Neil Gaiman
49. Childhood's End, by Arthur C. Clarke
50. Contact, by Carl Sagan
51. The Hyperion Cantos, by Dan Simmons
52. Stardust, by Neil Gaiman
53. Cryptonomicon, by Neal Stephenson
54. World War Z, by Max Brooks
55. The Last Unicorn, by Peter S. Beagle
56. The Forever War, by Joe Haldeman
57. Small Gods, by Terry Pratchett
58. The Chronicles Of Thomas Covenant, The Unbeliever, by Stephen R. Donaldson
59. The Vorkosigan Saga, by Lois McMaster Bujold
60. Going Postal, by Terry Pratchett
61. The Mote In God's Eye, by Larry Niven & Jerry Pournelle
62. The Sword Of Truth, by Terry Goodkind
63. The Road, by Cormac McCarthy
64. Jonathan Strange & Mr Norrell, by Susanna Clarke
65. I Am Legend, by Richard Matheson
66. The Riftwar Saga, by Raymond E. Feist
67. The Shannara Trilogy, by Terry Brooks
68. The Conan The Barbarian Series, by R.E. Howard
69. The Farseer Trilogy, by Robin Hobb
70. The Time Traveler's Wife, by Audrey Niffenegger
71. The Way Of Kings, by Brandon Sanderson
72. A Journey To The Center Of The Earth, by Jules Verne
73. The Legend Of Drizzt Series, by R.A. Salvatore
74. Old Man's War, by John Scalzi
75. The Diamond Age, by Neil Stephenson
76. Rendezvous With Rama, by Arthur C. Clarke
77. The Kushiel's Legacy Series, by Jacqueline Carey
78. The Dispossessed, by Ursula K. LeGuin
79. Something Wicked This Way Comes, by Ray Bradbury
80. Wicked, by Gregory Maguire
81. The Malazan Book Of The Fallen Series, by Steven Erikson
82. The Eyre Affair, by Jasper Fforde
83. The Culture Series, by Iain M. Banks
84. The Crystal Cave, by Mary Stewart
85. Anathem, by Neal Stephenson
86. The Codex Alera Series, by Jim Butcher
87. The Book Of The New Sun, by Gene Wolfe [Parts]
88. The Thrawn Trilogy, by Timothy Zahn
89. The Outlander Series, by Diana Gabaldan
90. The Elric Saga, by Michael Moorcock
91. The Illustrated Man, by Ray Bradbury
92. Sunshine, by Robin McKinley
93. A Fire Upon The Deep, by Vernor Vinge
94. The Caves Of Steel, by Isaac Asimov
95. The Mars Trilogy, by Kim Stanley Robinson [Parts]
96. Lucifer's Hammer, by Larry Niven & Jerry Pournelle
97. Doomsday Book, by Connie Willis
98. Perdido Street Station, by China Mieville
99. The Xanth Series, by Piers Anthony
100. The Space Trilogy, by C.S. Lewis
.
Link - Posted by John Pieret @ 7:59 PM

Comments:
Read #70. The Time Traveler's Wife, by Audrey Niffenegger next , confusing, but you will like it:-)

I recently re-read the Foundation trilogy. Surprising how well it holds up, almost 40 years since I first read it and what, 60? since it was written.

But whatinhell are those abominable LOTR knock-offs, the Shannara books doing on there? Ditto in spades on Xanth (other than for some clever world play). I'm convinced Piers Anthony is a raging misogynist.

We seem to have much the same taste in SF but there are some glaring omissions. I can understand an Anerican audience not including anything by British author John Wyndham but nothing by A E van Vogt or C M Kornbluth?!

Also among the missing are H. Beam Piper's Fuzzy trilogy, and James Schmitz' Hub tales. The Heinlein picks are exceptionally poor. I'm thinking that some of the list are there because they were assigned reading in High School.

No Jack Vance? It's a travesty!

I've read 51 of those (some series more completely than others).

Some are in my top 100, but no Jack Vance? No Modesitt? No Empire trilogy by Feist/Wurts?

Still, I offer one of my rules of thumb: buy no stories containing dragons (although the Dragon and the George was fun) or about King Arthur/Merlin.