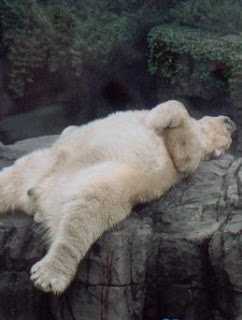 It's time to go Camping again.

Our old friend Harold is back in the news as we creep ... um ... come up on THE END OF THE WORLD!

In case you missed it (along with everyone else on Earth), May 21, 2011 was supposed to see rolling earthquakes and the Rapture.

A slight revision was in order:

And it's not just a revision of the "facts" but of tone as well:

I do believe that we’re getting very near the very end … we’ve learned that there’s a lot of things that we didn’t have quite right and that’s God’s good provision. If he had not kept us from knowing everything that we didn’t know, we would not have been able to be used of Him to bring about the tremendous event that occurred on May 21 of this year, and which probably will be finished out on October 21, that’s coming very shortly. That looks like it will be at this point, it looks like it will be the final end of everything. ... We must believe that probably there will be no pain suffered by anyone because of their rebellion against God. This is very comforting to all of us, because we all have children, and have loved ones that are dear to us that we know are not saved; and yet we know that they’ll quietly die. We can be more and more sure that they will quietly die and that will be the end of their story.

I really am beginning to think as I restudied these matters that there’s going to be no big display of any kind. The end is going to come very, very quietly probably within the next month. It will happen, that is, by October 21.

That's a far cry from his "infallible proof" of the date of the Rapture.

Maybe it's to be expected.

Still, it's comforting to know that it'll be quiet, instead of with great cataclysms, maybe while we're sleeping.

Comments:
The "great event" of May 21 that nobody noticed? (well, except for the raspberries blown at Harold Camping).

Any bets that on Saturday morning Camping will be found dead in his bed of an overdose of something?

He's 90 and had a stroke. I'd find it more ironic if he happened to peg off naturally, thus fulfilling his prophecy ... at least as far as Harold Camping's world coming to an end.