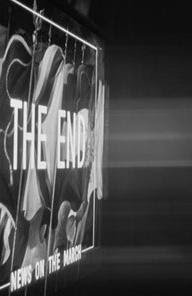 Well, projection is a well known concept and the IDers are admitting that ID is far older than Darwin.

In their zeal to deny that the detection of alien life, even slime, would be a triumph for "Darwinism," Evolution News and Views says:

But that means the IDers are now admitting that their "science" is a "theory" older than Columbus.

Of course, it is far older than that but it's nice to know they are now admitting that their's is a 15th century theory that they are trying to teach dogmatically to 21st century students.
.
Link - Posted by John Pieret @ 10:22 PM

There was considerable debate back then about whether Native Americans were humans, and thus couldn't (under an interpretation of God's law) be enslaved, or were not humans and thus fair game. We all know how that one came out.

There's pretty good evidence, I think, that 'intelligent design' was first developed by the Stoics. (There are traces of it in Plato, and even the Pre-Socratics, but the Stoics had to formulate a response to Aristotle and to Epicurus.)

That's part of why they're able to claim that it's not religious. (Though it is a metaphysical doctrine.) The Deists, who revived 'the argument from design' as an a posteriori argument for the existence of God -- and thus distinguishing the question of God's existence from the question of the authority of Scripture, were strongly influenced by Stoicism. So the line of transmission from Stoics to Deists, and from Deists to "design theorists", is fairly clear.

I don't think these comparisons are helpful. Irreducible complexity is (I think) a newer idea than natural selection, but so what? And the heliocentric model of the Solar System goes back at least to Aristarchus (around 250 BC). Does that count for or against it?

Irreducible complexity is (I think) a newer idea than natural selection

Does that count for or against it?

Not particulary. But lying about it in a blatant PR campaign does count ... which was my point.