Of Politicians and Backbones 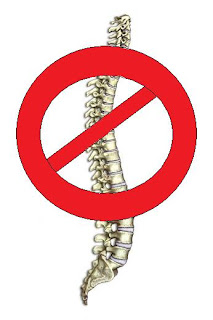 See if this makes any sense:

Haslam claimed to have looked into the potential effects of the legislation and had determined that opponents' worries about the broader impacts on the state's public school curriculum were unwarranted. But on Tuesday, Haslam expressed "concern" about potential "confusion" stemming from the measure in a statement regarding his inaction:

I have reviewed the final language of HB 368/SB 893 and assessed the legislation's impact. I have also evaluated the concerns that have been raised by the bill. I do not believe that this legislation changes the scientific standards that are taught in our schools or the curriculum that is used by our teachers. However, I also don't believe that it accomplishes anything that isn't already acceptable in our schools.

The bill received strong bipartisan support, passing the House and Senate by a three-to-one margin, but good legislation should bring clarity and not confusion. My concern is that this bill has not met this objective. For that reason, I will not sign the bill but will allow it to become law without my signature.

Let's see if we can parse that:

"I'm going to put a brave face on the law because there are veto-proof majorities supporting it and I can only hope that all those technological businesses who might want to bring scientific industries to Tennessee won't notice that that the state and its potential employees are no more scientifically literate than Bronze Age shepherds ... as long as I pretend that nothing has changed. But I won't sign it because I don't want, as chief executive of the state, to try to explain to those technological businesses how I am not as scientifically illiterate as a Bronze Age shepherd. So even if there is no reason or sense to this law, I'm not going to stand up and oppose it because my scientifically illiterate constituents might take it out on me."

I'd like to thank Gov. Haslam. Those of us who live in other states which have serious economic problems cannot help but welcome the fact that Tennessee residents are sending us jobs. Their sacrifice is greatly appreciated.
.
Link - Posted by John Pieret @ 9:14 PM

Comments:
As I understand it, the Butler Act, under which teacher John Scopes was prosecuted in the notorious "Monkey Trial", became law in Tennessee in 1925. It was repealed in 1967 following a lawsuit brought by another teacher, Gary L Scott.

Now Tennessee legislators have demonstrated their continuing ignorance not only of science but also of George Santayana's famous aphorism:

Those who cannot remember the past are condemned to repeat it.

Even more apropos, this is what Gov. Peay wrote about the Butler Act:

"After a careful examination, I can find nothing of consequence in the books now being taught in our schools with which this bill will interfere in the slightest manner. Therefore, it will not put our teachers in jeopardy. Probably the law will never be applied. It may not be sufficiently definite to permit of any specific application . . . ."

Was Haslam having any seances lately?