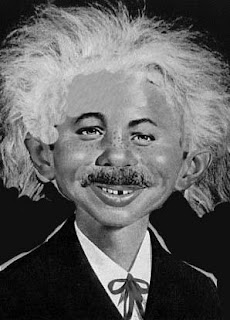 PZ Megahertz often disparages dishonest internet polls that attempt to manipulate the results by the way the questions are asked. What could be said about this one?

Should skeptics and atheists be quiet and stop criticizing Christians so as to make Christians feel more comfortable?

Yes, atheists have an obligation not to rock the boat or offend Christians in America.

Sometimes, maybe - philosophical criticism can be OK, but no disrespectful satire or mocking.

Not at all - Christians deserves no special privileges or deference over any other belief systems.

Strangely, the supposed basis for this "poll" is an article from 2006 by Amy Sullivan about how Democrats could peel away some evangelical Christians from the Republican Party by paying attention to some of their concerns. She points out that, in 2004, if John Kerry has been able to get 59,300 additional votes in Ohio, we would have been spared a second Dubya administration.

Nowhere in Sullivan's article is there a suggestion that Democrats (do I need to point out that the party is not coextensive with skeptics and atheists?) be quiet and stop criticizing Christians. Another "pundit" did say "no one is really asking people like me to do much of anything except stay quiet, refrain from insulting religion qua religion" but even he was talking about "liberals" (and that is still not coextensive with skeptics and atheists).

Some supposedly rational people even think the poll has been "pharyngulated" because the results are so one-sided. Nothing of the sort. All that's needed is the power of words on pliable minds. Maybe we could recraft the poll:

Should Democrats pay attention to the beliefs of theists of all stripes because, after all, religious tolerance is a basic liberal tenet?

Yes, Democrats have an obligation to appeal to the broadest electorate in America that will accept Democratic values, in order to accomplish Democratic political ends.

Sometimes, often - philosophical criticism of the anti-democratic (small "d") tendencies of the Religious Right should be firmly asserted, even with disrespectful satire or mocking.

Not at all - ideological purity is too important to allow theists anything that might even look like special privileges or deference over any other belief systems, even if it means that the Democratic Party becomes a permanent minority party.

As a retired professional university-associated survey researcher with real live research in real live scientific journals.... I endorse this post.

Thanks for the professional opinion.

Oh, the usual mischaracteristic of "They want us to shut up." if your position has been shown to be unreasonable, it's your own fault if you can't think of anything else to say. That's not telling someone to shut up, that's telling them to come up with better arguments.