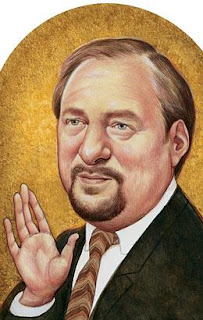 It is inevitable, I suppose. It could be called Columbineitis.

Some poor troubled soul, with the aid of irrational laws that make deadly weapons freely available to anyone anytime, goes on a rampage of killing, despite having been a "normal Christian boy," and some pompous asshole will declare the tragic shootings were the result of teaching students that they "are no different than animals."

James McGrath has an appropriate response:

He is wrong to suggest a correlation between the teaching of evolution and mass murder. As Paul Braterman pointed out in a comment on Facebook, the United States is weaker on the teaching of evolution, both in terms of the number of people who deny it and the number of biology teachers who skip it to avoid controversy, than any other major industrialized nation. We are, on the other hand, the leaders when it comes to the number of shooting deaths and mass murders that take place each year. There may be no actual connection between science education and shooting sprees, but if there were, it would presumably have to be due to our relative failure to teach evolution, rather than with our teaching it.

But we may just lead the world in pompous assholes.

Update: Rick Warren claims he wasn't referring to the shooting in Colorado or to evolution. I'm not sure I find his explanation wholely credible, but there it is.

Comments:
If we consider the Old Testament accounts of how God's people treated others that happened to be in their way then perhaps Holmes was behaving as a good Christian boy.

And if Rick Warren and his ilk represent what is a good Christian in this country then I am glad I am no longer a member of that faith.

Rick Warren responded in a comment on his blog, claiming that he wasn't talking about evolution:

Granted, I'm terribly naive about such matters, but Warren puts the point this way:

"I had received this email from a dad: 'Pastor Rick, my daughter told me her teacher said in class “There's nothing wrong with sex with multiple partners! Sex is a natural, inate drive, and any attempt to limit it to one, single partner is a man-made construct.' THAT is what I was commenting on."

I really find it difficult to believe that any teacher or professor would actually say, "There's nothing wrong with sex with multiple partners! Sex is a natural, innate drive, and any attempt to limit it to one, single partner is a man-made construct."

What I, admittedly ignorant of twitter, find particularly strange is a tweet in response to an email. Why not just punch the email "reply" button? In which case there wouldn't have been 10s or 100s of thousands of people confused by his "response".