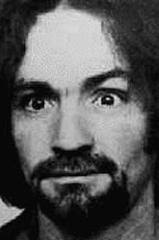 What happens when you try to speak rationally to a conservative ideologue:

Laura Ingraham: Welcome to our show.

Rev. Rebecca Turner: Thank you for inviting me.

LI: You are a minister so I take it you follow the teachings of Jesus.

LI: If Jesus were here today do you think he would counsel a woman to have an abortion?

RT: Jesus always showed compassion to women. He acted with respect even to the ones who were accused of sexual impropriety. I'm sure Jesus would do the same thing today, and that's my model.

LI: [Angrily] You didn't answer my question. So you think Jesus would applaud the murder of millions of innocent children, in the first, second, and third trimester?

RT: We know that abortion existed during the time Jesus was on earth, and for thousands of years before that. If he were opposed to abortion he would have said something about it.

LI: [More angrily] Where do you get the idea that Jesus knew about abortion?

RT: We know that abortion has existed for thousands of years, so I'm confident that Jesus would have been aware. There were many plants used as medicinal abortifacients in that part of the world. And yet his concern was for the way women were being treated.

LI: [Nearly screaming] What part of "Thou shalt not kill" don't you understand?

RT: The Bible actually says "Thou shalt not murder." I'm sure you would agree that every ending of a life is not murder.

LI: [Frustrated] Well you have your 40 prayers. I'll pray for you and this interview is over!

Comments:
As far as I can see, Rev Turner only made two mistakes. The first was believing what she was told about her role in the show and the second was agreeing to appear on it in the first place.

perhaps Rev. Turner knew exactly what she was doing. :-)

I tend to agree. It doesn't make it any less funny though.

Oh no, it makes it even better.

It was also reported that BEAST officials co