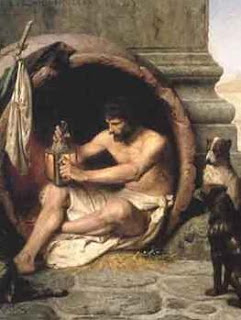 It wouldn't be fair to say that reading the first third of Thomas Nagel's new book, Mind and Cosmos: Why the Materialist Neo-Darwinian Conception of Nature Is Almost Certainly False, sapped my will to live ... it just sapped my will to spend any more of my life reading Nagel's lucubrations.

Fortunately, Brian Leiter, the Karl N. Llewellyn Professor of Jurisprudence and director of the Center for Law, Philosophy and Human Values at the University of Chicago, and Michael Weisberg, associate professor of philosophy at the University of Pennsylvania, are made of sterner stuff and have published a longish review of the book entitled "Do You Only Have a Brain?" at The Nation.

First they note that Nagel is arguing, in part, against a strawman:


Nagel opposes two main components of the "materialist" view inspired by Darwin's theory of evolution by natural selection. The first is what we will call theoretical reductionism, the view that there is an order of priority among the sciences, with all theories ultimately derivable from physics and all phenomena ultimately explicable in physical terms. We believe, along with most philosophers, that Nagel is right to reject theoretical reductionism, because the sciences have not progressed in a way consistent with it. We have not witnessed the reduction of psychology to biology, biology to chemistry, and chemistry to physics, but rather the proliferation of fields like neuroscience and evolutionary biology that explain psychological and biological phenomena in terms unrecognizable by physics. As the philosopher of biology Philip Kitcher pointed out some thirty years ago, even classical genetics has not been fully reduced to molecular genetics, and that reduction would have been wholly within one field. We simply do not see any serious attempts to reduce all the "higher" sciences to the laws of physics.

Instead, Nagel cites to popular works by Nobel Prize–winning physicist Steven Weinberg, such as Dreams of a Final Theory (1992). Lord knows I've taken a a swipe or two at Jerry Coyne for naïve reductionism but how do the personal philosophies of some scientists make the Neo-Darwinian conception of nature almost certainly false?

As Leiter and Weisberg justly point out:


[V]ery little of the actual work in biology inspired by Darwin depends on reductive materialism of this sort; evolutionary explanations do not typically appeal to Newton's laws or general relativity. Given this general consensus (the rhetoric of some popular science writing by Weinberg and others aside), it is puzzling that Nagel thinks he needs to bother attacking theoretical reductionism.

Nagel's second target is "naturalism," the "view that features of our world—including 'consciousness, intentionality, meaning, purpose, thought, and value'—can ultimately be accounted for in terms of the natural processes described by the various sciences." Leiter and Weisberg point out that Nagel is not very specific about what he means by "naturalism," except that it is associated with Daniel Dennett and is the attempt to explain everything "at the most basic level by the physical sciences, extended to include biology." And how does Nagel go about showing, on that ground, that the Neo-Darwinian conception of nature almost certainly false? Well ...


Defending such a sweeping claim might seem to require a detailed engagement with the relevant science, yet in a striking admission early on, Nagel reveals that his book "is just the opinion of a layman who reads widely in the literature that explains contemporary science to the nonspecialist." And a recurring objection to what he learned from his layman's reading of popular science writing is that much science "flies in the face of common sense," that it is inconsistent with "evident facts about ourselves, that it "require[s] us to deny the obvious," and so on.

As in the "common-sensical, obvious or evident ... notion that the earth is flat and the sun revolves around the earth?"


In support of his skepticism, Nagel writes: "The world is an astonishing place, and the idea that we have in our possession the basic tools needed to understand it is no more credible now than it was in Aristotle's day." This seems to us perhaps the most startling sentence in all of Mind and Cosmos. Epistemic humility—the recognition that we could be wrong—is a virtue in science as it is in daily life, but surely we have some reason for thinking, some four centuries after the start of the scientific revolution, that Aristotle was on the wrong track and that we are not, or at least not yet.

Or, put even more accessibly, "The Relativity of Wrong."

There is more to Nagel's arguments, as dissected by Leiter and Weisberg -- an argument from alleged "objective moral truth" and the "law of non-contradiction" -- but there is already a down the rabbit hole aspect to this post. You should go to Leiter's and Weisberg's article for the rest. Be sure to look up "Neurath's Boat," an analogy I had not heard of before but which I have often argued (though not as well) myself.

A bit from the closing:


Nagel's arguments against reductionism are quixotic, and his arguments against naturalism are unconvincing. He aspires to develop "rival alternative conceptions" to what he calls the materialist neo-Darwinian worldview, yet he never clearly articulates this rival conception, nor does he give us any reason to think that "the present right-thinking consensus will come to seem laughable in a generation or two." ... [H]is subtitle—"Why the Materialist Neo-Darwinian Conception of Nature Is Almost Certainly False"—is highly misleading. Nagel, by his own admission, relies only on popular science writing and brings to bear idiosyncratic and often outdated views about a whole host of issues, from the objectivity of moral truth to the nature of explanation. No one could possibly think he has shown that a massively successful scientific research program like the one inspired by Darwin's theory of evolution by natural selection "is almost certainly false." The subtitle seems intended to market the book to evolution deniers, intelligent-design acolytes, religious fanatics and others who are not really interested in the substantive scientific and philosophical issues.

P.S.: Nagel's declaration of ignorance of science is not new. He pled the same "defense" back when he recommended Stephen C. Meyer's book Signature in the Cell for "Book of the Year" in the Times Literary Supplement:


Like any layman who reads books on science for the general reader, I have to take the presentation of the data largely on trust, and try to evaluate more speculative arguments as best I can. Meyer's book seems to me to be written in good faith. If he misrepresents contemporary research on the origin of life, I will be grateful to have it pointed out to me.

It wouldn't have taken much effort to find where it was pointed out ... again and again ... but, instead, he preferred to continue in ignorance.

But maybe now Nagel can claim another "honor" ... a place on Glenn Morton's list, "The Imminent Demise of Evolution: The Longest Running Falsehood in Creationism."

Comments:
yet he never clearly articulates this rival conception,

They never do, do they? The alternatives are always: God Did It!, We don't know [soto voce: but we do know that God did it], or We don't know, but looking all edgy and counter-Establishment sells books.

Yeah ... Nagel is a "reputable" philosopher and I don't like to think he is just being crass. It might just be (and he all but admits it) that he doesn't understand the subject, much like Jerry Fodor. But after the reaction to his recommendation of Stephen Meyer's book, Signature in the Cell in the Times Literary Supplement, he might have been more cautious in the face of that reaction rather than courting it.

I've been reading Mind and Cosmos myself; I'm about 1/2-way through. I'm still trying to figure out just what Nagel is up to. I read the Leiter-Weisberg review two days ago, and while I like most of it, I think there's real philosophy to be done at splitting the difference between Nagel's view and hard-core naturalism.

Apparently Nagel picks on Dennett here, but Dennett makes for a poor target, because Dennett is something of an instrumentalist about scientific theories. A much better contrast for Nagel's purposes would be Alex Rosenberg's The Atheist's Guide to Reality. (Rosenberg, by the way, recently published a devastating critique of Fodor's book on Darwinism -- I'll hunt up the citation if you can't find it yourself.)

John, could you remind me of the context in which I said, "that trick never works!"? It's a good line but I forgot what I meant by it?

It was in the comments of my previous post about Nagel's book:

I had said that Nagel's argument about necessary relation reminded me of the ontological argument but you said it wasn't so hey-Rocky-watch-me-pull-a-rabbit-out-of-my-hat as that. When I commended you on your technical philosophical jargon you replied ...

P.S. Was this the Rosenberg article: "How Jerry Fodor slid down the slippery slope to Anti-Darwinism, and how we can avoid the same fate"?

Yes, that's the one.

"One seems forced to chose between the picture of an elephant which rests on a tortoise (What supports the tortoise?) and the picture of a great Hegelian serpent of knowledge with its tail in its mouth (Where does it begin?). Neither will do. For empirical knowledge, like its sophisticated extension, science, is rational not because it has a foundation but because it is a self-correcting enterprise which can put any claim in jeopardy, though not all at once."

(Sellars, "Empiricism and the Philosophy of Mind", section 38.)

For empirical knowledge, like its sophisticated extension, science, is rational not because it has a foundation but because it is a self-correcting enterprise which can put any claim in jeopardy, though not all at once.