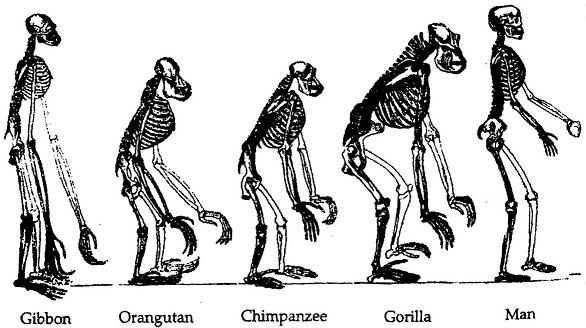 Well, it took longer than I thought, but, as I predicted, the Undiscovery Institute has come out against the bill pending in the Missouri House of Representatives that would require (among many other incoherent things) that: "If scientific theory concerning biological origin is taught in a textbook, the textbook shall give equal treatment to biological evolution and biological intelligent design."

Of course, the DI's Gofer General, Casey Luskin, continues the grand tradition of creationist rewriting of history. According to Luskin:


Discovery Institute's policy on these issues is nothing new. As I recounted in detail last year, this was our policy long before the Dover case, and after it.

Apparently, not everyone got the memo ... undoubtedly because it was never sent. As Richard Thompson, the Chief Counsel of the Thomas More Law Center and leader of the defense of the school board in the Kitzmiller case said shortly before Judge Jones rendered his decision:


They [the DI] wrote a book, titled "Intelligent Design in Public School Science Curricula." The conclusion of that book was that, um:

"Moreover, as the previous discussion demonstrates, school boards have the authority to permit, and even encourage, teaching about design theory as an alternative to Darwinian evolution -- and this includes the use of textbooks such as Of Pandas and People that present evidence for the theory of intelligent design." ...and I could go further. But, you had Discovery Institute people actually encouraging the teaching of intelligent design in public school systems. Now, whether they wanted the school boards to teach intelligent design or mention it, certainly when you start putting it in writing, that writing does have consequences.

Not to mention that several DI stalwarts, including Stephen C. Meyer, Program Director of The Center for Science and Culture, were so opposed to the school board's attempt to mandate ID as an alternative to evolutionary science that they agreed to be expert witnesses on behalf of the school board ... until the way the wind was blowing became clear enough that, shortly before the trial was to begin, the rat lifeboats were lowered and the board was left holding the $1 million bag.

Comments:
Funny that Casey should make that claim so close to the 11th anniversary of the bait and switch Meyer and Wells pulled on the Ohio State Board of Education.

The Great Theatre of Ruin

Funny that Casey should make that claim ...

The whole purpose of the DI has been to disguise the intent of their "movement" in hopes that they can get something into public schools to counter the effect that learning science has on their cramped beliefs. It should not be surprising that they can quote, from here or there, what they have said, at one time or another, that supports any position they want to take at the present time. They started out to be a moving target after all.

My favourite Luskin appellation is "attack mouse of the DI".

SHORT Concept Service or in layman's language, merely SMS- a name from which even a child is acquainted with.

So this means that Apple will be back again to their conventional annually cycle release this time
around.

Hi there to every one, the contents present at this site are
actually amazing for people experience, well, keep up the good work fellows.

Hey There. I found your blog the usage of msn. That is an extremely neatly written article.
I will make sure to bookmark it and return to learn more of your helpful
information. Thank you for the post. I'll certainly return.

You can definitely see your skills in the work you write.
The arena hopes for even more passionate writers like you who aren't afraid to mention how
they believe. At all times go after your heart.

As a parting shot here are the words of super-star Whoopi Clooney:
I demand clash of clans hack, nothing more nothing less.

It really is apparent from the graph that the influence of clash of clans hack is usually strong.
The games for this system are about half the prices of Xbox
and PS3 games.